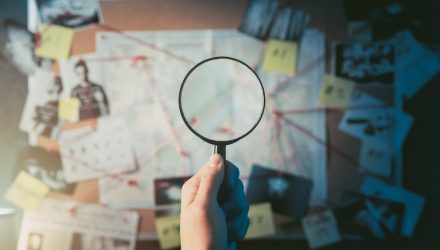 The DOJ is reportedly investigating executives of Tether Ltd., the company which issues the massively popular stablecoin Tether, according to a Bloomberg report.

The investigation is allegedly focused on Tether’s early activities and is specifically looking into if the company hid the fact that transactions were linked to cryptocurrency from banks.

Tether has denied that it is being investigated, saying in a statement on its website that Tether “routinely has open dialogue with law enforcement agencies, as part of our commitment to cooperation, transparency and accountability.”

Tether is now the third most popular cryptocurrency in the world, behind Bitcoin and Ethereum. It has a market capitalization of over $60 billion.

The cryptocurrency came to market in 2014 and popularized the idea of “stablecoins”. Unlike cryptocurrencies like Bitcoin or Ethereum, stablecoins are linked to real world assets—in Tether’s case, the US dollar.

Tether has been controversial for years. One of the largest concerns is that the crypto does not have big enough reserves to justify its peg to the US dollar.

In fact, according to CNBC, a May report from Tether showed that only 2.9% of its holdings were in cash. Around 49% of tethers reserves were invested in “commercial paper” a form of short-term corporate debt.

This could potentially expose Tether holders to market risk if the value of its commercial paper were to fall. Tether has traded around $1 for most of its existence.

However, with so much of Tether’s reserve invested in assets beholden to the credit ratings of individual companies and market conditions, experts worry that Tether would not be able to redeem most of its tokens if there were a sudden increase of withdrawals.

There have also been concerns that tether is being used for market manipulation, with one study saying that tether was used to aid bitcoins 2017 rise.

Stablecoins generally have been getting closely looked at by regulators recently after the market capitalization of stablecoins rose to over $100 billion after starting the year at just under $30 billion.