You are at:Home»Crypto Channel»China’s Crackdown on Bitcoin Mining Is Good News for North American Crypto Miners 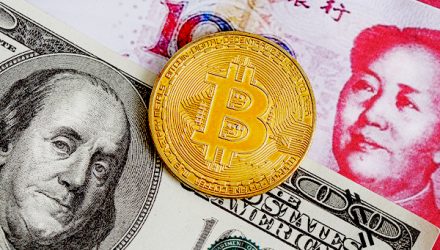 Bitcoin erased its 2021 gains last week as China ramped up its crackdown on mining of the cryptocurrency, a move that’s expected to help shift the industry’s center of gravity from Asia to North America.

Meanwhile, the Bitcoin price formed a death cross last Monday, with the 50-day moving average trading below the 200-day moving average (MA). This technical pattern is often seen as a bearish sign of things to come, but that may not be the case with Bitcoin.

Bitcoin death crosses have not historically been consistent downside price predictors. Take a look at the chart below, shared in a Tweet by CoinShares. The digital asset investing firm analyzed Bitcoin’s price action one, three, six and 12 months following previous death crosses, and no pattern emerged suggesting that a sustained bear market was triggered when the 50-day MA dipped below the 200-day.

If anything, the chart shows that your chances of being rewarded improved the longer you held. A death cross occurred in March 2020, and had you held for a year, you could have seen returns as high as 450%, according to CoinShares.

I should also point out that Bitcoin’s price range appears to have expanded by a factor of 20 with each new halving cycle. As a reminder, halving events are built into the Bitcoin network and are designed to control the supply of the crypto. Whenever 210,000 blocks are mined, which happens roughly every four years, the reward Bitcoin miners receive is cut in half. Currently that reward is 6.25 BTC. It used to be 12.5 BTC, and before that, 25 BTC. When the next halving occurs, sometime in 2024, a block will contain only 3.125 BTC.

Acquiring a new Bitcoin, in other words, becomes increasingly more difficult—not unlike how gold mining has become more difficult over the years as large mineral deposits have become rarer and more expensive to develop.

Here we are a little over one year into the fourth cycle (check out CoinMarketCap’s timer here), and so far Bitcoin’s price has topped $63,000. Could it hit $100,000, $200,000, $500,000? Obviously, past performance is no guarantee of future results, but the math suggests incredible upside potential, both in this cycle and the next (and the next, and so on).

Mining About to Get Easier for North American Crypto Miners, Thanks to China’s Crackdown

Having said that, mining is set to become a whole lot easier (and profitable) for North American crypto miners, thanks to the Chinese government’s aggressive crackdown on the industry. Until recently, China accounted for between 65% and 75% of all Bitcoin mining. Market dominance is expected to shift to North America, though, after an estimated 90% of China’s Bitcoin mining capacity has been ordered to shut down due to concerns over its environmental impact.

Blockchain.com data already shows that the global hashrate, a measure of the computational power used per second by the Bitcoin network, has fallen 50% from its peak in mid-April. It’s now at its lowest level since November 2020.

This could be highly favorable for U.S. and Canadian crypto miners, including HIVE Blockchain Technologies, who (for now) will no longer have to compete with China for precious blocks.

Some big-name actors in traditional finance are using this time as an opportunity to make their moves in the crypto ecosystem.

Bullish, a new crypto exchange that’s backed by a group of billionaires including PayPal co-founded Peter Thiel, is in talks to go public by merging with a special purpose acquisition company (SPAC). Launched in May, the exchange is an independent subsidiary of Block.one, the software company behind the open-source blockchain platform EOSIO. Bullish could be valued as high as $12 billion, according to Bloomberg.

And then there’s Andreessen Horowitz. Also known as a16z, the venture capital firm launched what’s believed to be the largest crypto fund to date, with more than $2.2 billion to invest. The mandate of the fund, named the Crypto Fund III, is to invest in a wide range of sub-industries within the ecosystem, including not just the digital currencies themselves but also decentralized finance (DeFi) companies, crypto trading and exchange firms, crypto brokerage firms, privacy and security firms and more.

“We are radically optimistic about crypto’s potential to restore trust and enable new kinds of governance where communities collectively make important decisions about how networks evolve, what behaviors are permitted and how economic benefits are distributed,” the Crypto Fund III team wrote.

It’s not just a16z that’s radically optimistic. So far this year, investors have poured more than $8.8 billion into crypto startups and private equity, far outstripping the total amount seen in any other year.

It’s definitely an exciting time to be an investor in this nascent industry. Some people may worry it’s too late to start participating, but I believe we’re still in the bottom of the first inning. And with Bitcoin and ether well off their highs, now could be a very attractive entry point.

Know what else could be driving crypto prices? Metcalfe’s Law! Get the full story by watching the video here.