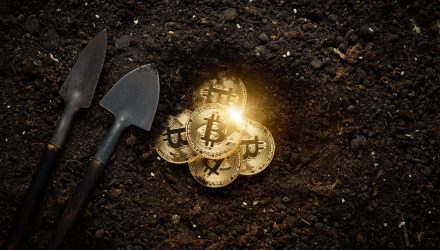 On Saturday July 3rd the Bitcoin algorithm adjusted to account for the massive number of Chinese miners currently offline.

The decrease in difficulty of mining new Bitcoins is directly linked to China’s crackdown on Bitcoin mining this spring. For most of Bitcoin’s existence, between 65% and 74% of global production has taken place in China.

However, the Chinese government recently has begun forcing miners to shut down their operations, citing environmental concerns.

See also: Why Is Bitcoin Mining So Energy Intensive

Now that the majority of those miners are offline, the Bitcoin algorithm has had to adjust.

Fewer miners reduces the difficulty of mining new Bitcoins because of the structure of the Bitcoin program.

Bitcoin, like most cryptocurrencies, functions using blockchain technology. Blockchain is essentially a decentralized digital ledger of every transaction distributed across every computer in the network.

Every time someone sends Bitcoin to someone else, the majority of computers in the Bitcoin network must approve the transaction. Approved transactions are added to the blockchain in groups or blocks.

On the Bitcoin network, miners run a computer program trying to solve a mathematical puzzle; the first computer to do so gets to add the latest transaction to the chain, and is rewarded with a set number of Bitcoin for doing so.

The difficulty of this mathematical puzzle is adjusted depending on how many mining machines are on the network, ensuring that new blocks can be added in a consistent time frame—optimally every ten minutes.

After every 2016 blocks are added (which occurs around every two weeks) the Bitcoin program adjusts for the number of miners.

Miners will also see an increase in profits because of the decrease in competition.

The adjustment is likely not permanent, however, as some Chinese Bitcoin miners have already begun to relocate to more crypto-friendly countries, including the U.S.