You are at:Home»China Insights Channel»A Financial Overview of Climate Change 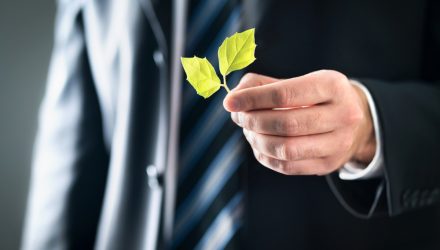 A Financial Overview of Climate Change

Fighting climate change will require the power of the free market, said Luke Oliver, managing director and head of strategy at KraneShares, in a recent webinar.

The webinar, which was co-hosted by Eron Bloomgarden, a Climate Finance partner who provides expertise to investors on environmental finance and beyond, was about the impacts of global warming and carbon allowances on the financial markets.

According to the Fourth National Climate Assessment, the U.S. government’s official report on climate change, the world is on pace to potentially realize an uninhabitable amount of warming within our children’s lifetime, necessitating a major shift toward a zero-carbon economy by mid-century.

Carbon pricing isn’t the only thing that needs to be done to change the economy, but it can be a big motivator that encourages change, said Bloomgarden.

“We believe that carbon pricing is the single most systemic investment… that can drive incentives throughout the economy,” he said.

Through a mandatory cap-and-trade system, where a maximum allowed emissions level is set by a regulator, the cap would become the ceiling for climate pollution. That cap is slowly lowered over time.

This brings the rest of the economy into line because these regulators can create a new tradeable asset, the carbon allowance, which must be purchased by all climate-polluting emitters in any industry to offset carbon emissions.

Cap-and-trade systems of carbon allowances have been gaining ground globally. Historically, they have been most prominent in North America and Europe, but there are increasingly more countries that are introducing cap-and-trade style systems, including Korea, New Zealand, the aviation sector, and China, which currently has the largest carbon regulation system in the world.

“By bringing carbon pricing and climate action to Wall Street and the center of global finance, we wanted to do two main things,” said Bloomgarden in describing the inception of the KraneShares Global Carbon ETF (KRBN).

KRBN includes carbon allowances from the three most liquid markets in the world: the European Union Emissions Trading System, the California Cap and Trade Program, and the Regional Greenhouse Gas Initiative (RGGI).

Currently carbon is trading around $7-8 per ton in RGGI, while California markets are around $17-18 per ton, and the European Union market trades around $50-55 euros per ton.

In order to align with the Paris Agreement goals, “the price needs to be well over $100 per ton,” according to Bloomgarden.

In order to bring about the changes necessary, Bloomgarden acknowledges that “there is simply no way to have a systemic, transformative change without the financial sector.”

To create a global and investible benchmark for carbon, KraneShares has worked with CLIFI and IHS Markets to analyze the most developed markets.

“We needed to find liquidity and transparency, and the way to do that is to access the futures market,” Oliver explained.

The benchmark created for the fund is dynamic, in that as other carbon markets grow, they can and will be added to the index too.

As the index includes newer markets, however, the index should be expected to lower, as these new markets have lower costs of carbon.

For example, China, having just finished its pilot phase and having now entered into a full-fledged carbon offset program, is currently trading at $3-5 per ton.

This leaves lots of room for growth as these newer markets continue to increase in price.

KRBN is the first ETF of its kind to offer exposure to the global carbon market. Oliver explains that it can be a good hedge to ESG stock investments, as those companies are emitting carbon and will need to buy into these allowances, which will negatively impact their stock prices as the price of carbon rises.

It can also be a good hedge against inflation because “the rising price of carbon is a cost that will be absorbed by industries, especially as these markets grow.”