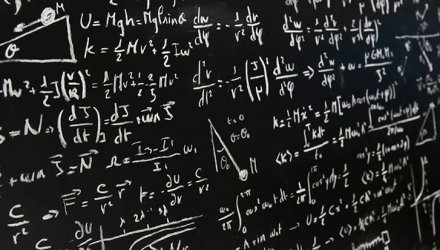 The second derivative is everywhere in finance. It is convexity in bonds or gamma in options. When someone blows up in the financial world, it is usually a failure to understand the second derivative. Human beings think linearly and statically. You may know your exposure here, but you may not know it over there.

Some second derivatives, like convexity and gamma, are measurable and known. Some of them are hidden and unknown. I’ve talked about hidden gamma before in The 10th Man, which we saw in March 2020—the point where people liquidate their positions and selling accelerates.

Once you see the second derivative, you can’t unsee it. It is everywhere you go. And then you’re on the lookout for it.

And then people wonder what the hell happened.

If that sounds like Greek to you, here’s a simpler way to think about it…

A lot of stocks, like the banks, were negatively convex in 2007. The banks had sold a great deal of optionality, which turned them into engines of negative convexity. They went up slowly and came down fast, which is roughly the payoff of a short option.

You can see this with Citigroup Inc. (C) in the next chart.

A lot of people don’t realize that stocks have embedded convexity—they look at the chart and it seems pretty straightforward. Stocks go up and down. But sometimes they go up or down very rapidly.

Most of the analysis I do on stocks is not looking at static financial statements. It’s looking at how the underlying business can change in a convex fashion.

Convexity ends up fooling most people—they buy something that is linear that ends up being nonlinear in a malignant way. It’s a difficult concept to understand.

Many people dismiss the meme stocks like GameStop Corp. (GME) and AMC Entertainment Holdings, Inc., but there is a lot of convexity there, and gigantic opportunities. Convexity certainly fooled the people who were short GME.

Convexity is also created by liquidity, which is something I understand well, having worked on a program trading desk. If you own a stock that trades 500,000 shares a day, try to imagine what would happen if it traded 50,000,000 shares in a day. There is no place for it to go but up, or down.

I had positions in preferred stock and high-yield bond funds up until recently. I sold them because of the massive negative convexity.

I try to keep things as simple as possible—high yield can’t go up much more, but it can go down a lot. One way to win, many ways to lose.

The coupon you get off high-yield bonds is like the premium you get from selling options. Sometimes (when the Fed isn’t involved), that premium is large and bonds become more attractive. People who understand income investing know intuitively about the negative convexity present in these strategies.

One of the tragedies of Zero Interest Rate Policy is that it has forced retirees to load up on negative convexity in search of income, usually in the form of corporate bonds and high dividend stocks.

In the old days, you could leave money in the bank, which was essentially zero convexity. If you look at a chart of the average retiree’s portfolio, it’s a series of slow climbs with breathtaking drops. The Federal Reserve, of all people, doesn’t understand convexity.

Once you start thinking about your portfolio in terms of convexity, your outcomes will improve. And I don’t mean just returns—I mean risk-adjusted returns.

Of course, the best way to add positive convexity to a portfolio is to just buy options. But for most people, that is better left to the experts.