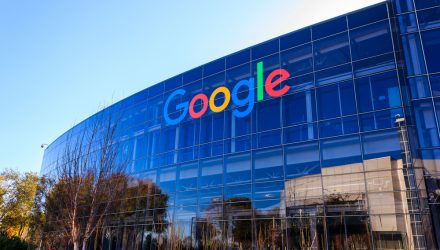 Holding fast to its roots as a high-growth, entrepreneurial company, Google (GOOGL) is opening its first retail store in Chelsea, New York, as a way to better-gauge customer interest in products and hardware, as well as offering support for its products and services, according to CNBC.

At the retail store, customers will be able to purchase all of the Google hardware, such as Chromebooks, Pixel phones, Fitbit wearables, Nest gadgets, and more, while accessing repair and other support services for Google products.

Opening a retail store is an unusual move for Google; unlike Apple, Google’s primary source of revenue isn’t from hardware products but from digital ads.

Over 80% of the money made by Google, or $147 billion, comes from its advertising business.

Instead, Google is approaching the brick-and-mortar store as an “idea generator,” an opportunity to find where consumer interest lies, with the intent of tailoring future products to those interests.

It also gives the company a chance to showcase its full line of engineered devices that customers might be unaware of, such as thermostats and phones.

Investing in Google with ENTR

Despite being one of the largest companies in the world, Google, owned by parent company Alphabet (NYSE: GOOGL), continues to drive innovation with its entrepreneurial spirit, both in its adaptiveness toward new technologies and its dedication to consumer interest and needs.

Such vision and drive are common characteristics of entrepreneurial companies, and are a part of the Entrepreneurial Factor© (EF) employed by ERShares.

The ERShares Entrepreneurs ETF (ENTR) holds 3.35% of its portfolio in Google.

ENTR invests primarily in large cap entrepreneurial US companies that deploy a variety of innovations and disruptions within their industry. The average market capitalization of stocks in its portfolio is $131 billion.