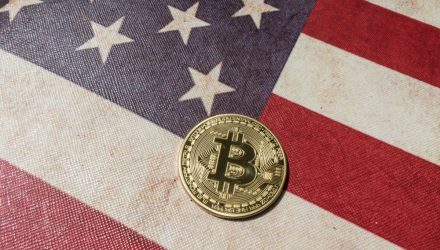 Federal Regulators Weigh In on Cryptocurrencies

In recent weeks, regulators have narrowed in on the current state of crypto—and not necessarily in a positive way.

While very few official regulations have been released, government officials have made several cautionary statements on crypto’s volatility and lack of protections. They have also called for a push to better-define the crypto space.

The New Administration Weighs In on Crypto Assets

Over the past two weeks, more government officials and agencies have weighed in with perspectives and opinions regarding crypto assets.

The Federal Deposit Insurance Corporation (FDIC) published an official request for how banks are utilizing digital assets and what the regulator could do to help, according to CoinDesk.

Acting Comptroller of the Currency, Michael Hsu, also ordered a review by his staff of any guidance by the Trump administration under the previous Acting Comptroller, Brian Brooks, including those concerning cryptocurrencies and digital assets.

Hsu’s concern was that the initiatives rolled out under the previous administration weren’t in conjunction with regulations.

“My broader concern is that these initiatives were not done in full coordination with all stakeholders. Nor do they appear to have been part of a broader strategy related to the regulatory perimeter. I believe addressing both of these tasks should be a priority,” Hsu said.

Hsu also announced in a congressional hearing that the Federal Reserve, FDIC, and the OCC were jointly discussing the creation of an inter-agency group on current policy regarding crypto.

The following day, Federal Reserve Chairman Jerome Powell stated that he believed the creation of a U.S. central bank digital currency, to be discussed further in a white paper to be released this summer, should ensure and prioritize the protections of consumers.

SEC Chairman Weighs In on Crypto

On the same day, SEC Chairman Gary Gensler warned of impending enforcement across the board at the Financial Industry Regulatory Authority conference, according to CNBC.

“We need to do whatever we can to ensure that bad actors aren’t playing with working families’ savings and that the rules are enforced aggressively and consistently,” Gensler said.

Speaking on crypto specifically, he added that “this is a quite volatile, one might say highly volatile, asset class, and the investing public would benefit from more investor protection on the crypto exchanges.”

The Treasury Department also released a tax plan that, amongst other things, addressed the “significant detection problem” that currently exists in crypto being utilized for illicit activities. The recent hacking, and ransom that was subsequently paid in Bitcoin, of a major oil pipeline in the U.S. is a prime example of the types of activities that federal regulators would be looking to crack down on.

“There are many challenges and gaps for investor protection in [crypto]markets,” Gensler said when giving a testimonial before the House of Representative’s subcommittee on financial services, as reported in the Financial Times.

While there are currently over a dozen crypto asset ETFs before the SEC, none have been approved yet. Increasing movement and commentary by the regulators involved in crypto assets might be beginning to coalesce towards a broader and clearer stance on the digital assets, but so far no new policies have been enacted.