You are at:Home»Gold & Silver Investing Channel»Platinum and Palladium Soar Off High Demand and Supply Side Challenges 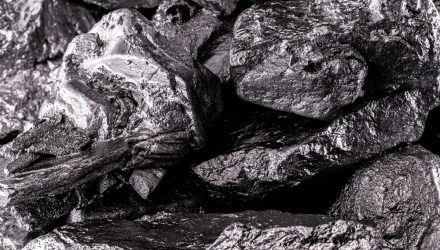 Platinum and Palladium Soar Off High Demand and Supply Side Challenges

Both platinum and palladium had strong performances in 2020 and will continue to trend upward this year, said Sprott portfolio manager Shree Kargutkar on the latest episode of Sprott Gold Radio.

COVID-related disruptions on the logistical side of mining operations created supply deficits, while industrial uses for each metal continue to expand.

2021 Could Be Palladium’s Year

Platinum in particular had a strong 2020, but 2021 is looking like palladium’s year, said Kargutkar: “Because the overwhelming percentage of the demand for palladium comes from the automotive sector, we saw a dip in the overall trend for palladium that has corrected itself starting in the second half of 2020. In 2021, we have palladium knocking on the $3000/Oz door.”

Platinum garnered investor interest in 2020, as South Africa, which has 75% of the world’s platinum’s mines, suffered a particularly severe COVID crisis, resulting in protracted shutdowns.

“In both metals, the supply-demand trends currently playing out for both metals are very favorable from the demand side of the equation and the supply side continues to be challenged,” added Kargutkar. “I don’t see any particular reason why these metals could be topping out here. The trends that have been playing out over the past several quarters and years for both these metals are firmly in place and we’ll probably continue to see these price trends persist for both platinum and palladium.”

Platinum and palladium are often mined together, meaning what impacts the mining picture for one metal often impacts the other.

“We have seen these [mining]equities really struggle all the way, perhaps until the end of 2017, 2018, because while palladium was doing well, platinum was not. As a result, the overall basket revenue, which is the combination of platinum and palladium and rhodium, was not doing too well,” said Kargutkar.

As most of the mining sites for both metals are located in South Africa and Russia, there is a certain amount of geopolitical risk for mining investments. South Africa continues to deal with the fallout of apartheid and labor strikes, while Russia presents its own challenges, he added.

”These companies were facing a lot of labor strife due to the ongoing strike activities in South Africa. Since then, we have seen palladium take off, and we have also seen platinum find its footing. It has moved upwards of a thousand dollars per ounce now,” Kargutkar said.

Rhodium meanwhile, has seen its price appreciate from $1,000/oz all the way up to $30,000/oz. Though the trend for these metals looks quite robust, it is possible that these equities see a correction, though Kargutkar thinks that the trends look healthy.

“As long as there are deficits in these metals, I think prices will continue to rise. And when it comes to palladium, for example, the automotive sector is scrambling to secure that metal,” he said, adding that he sees a lot of opportunity for platinum in particular to enjoy higher prices.