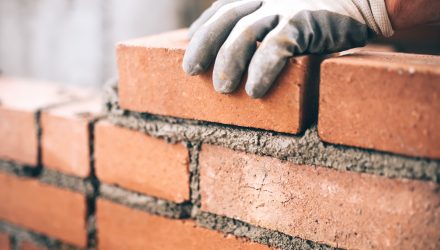 Will Homebuilder ETFs Continue To Benefit From Urban Transition?

Homebuilders are seeing an explosion in growth, driving homebuilder ETFs higher, as a swift decline in the availability of existing homes for sale has driven consumer preference for brand-new, high-tech homes with all the amenities for working and schooling. Many workers are also fleeing the city for the suburbs and exurbs, as Covid-19 stay-at-home orders have made fueled remarkable housing demand in June.

While the official government tally won’t arrive until the end of the month, sales of newly built homes jumped 55% annually in June, according to a monthly survey by John Burns Real Estate Consulting, which has historically reflected the U.S. Census report. It was the biggest yearly gain since homebuilding began again following the massive housing crash a decade ago.

The numbers also illustrated the highest rate of sales growth since the height of the record housing boom in 2005, an expansion that was catalyzed by negligent lending in the subprime mortgage market. This boom in contrast seems to be fueled by the coronavirus pandemic, as homebuyers look for more space, creature comforts, and shun city life to some extent.

“The anecdotal evidence is overwhelming. Sales in the distant commuter areas are the most robust,” said John Burns, Founder and CEO of JBRC. “I believe a lot of computer-oriented people have proven to their co-workers that they can be productive from home, and have sensed, or officially been given the green light, to work from home at least a significant portion of the time after a vaccine has been found.”

That feeling was echoed in a survey by Arizona-based builder Taylor Morrison, which reported a 94% annual jump in June home sales, with high-tech homes, and additional rooms for working and home schooling, heading up the list of consumer demands.

“There is a bias to new. When I look at the research that our teams have been doing over the last 12 to 14 weeks, people are quoting, they want new, fresh, a place where wellness features will really make sense for them,” said Sheryl Palmer, CEO of Taylor Morrison recently in an interview on CNBC’s “Closing Bell.” “Most recently, we’re really seeing a pickup in folks saying they want more rural or suburban locations. Initially, there was a lot of talk about that, but it’s really coming through our buyers today.”

While sales of new homes were strongest in the Northeast, with an 86% annual jump, and South, particularly in Florida, where sales surged 84%, according to JBRC, in the West California saw more modest gains, allowing builders to continue to elevate prices.

About 57% of those surveyed said they had raised prices, whereas only in already higher priced California did prices retract a bit. About 14% of Southern California builders reduced net prices in June, the most of any region.

What’s more, many consumers are opting for new builds due to the perceived health issues and safety risks of older builds in the era of the coronavirus pandemic.

Nevertheless, the coronavirus pandemic could ultimately have a reverse effect on housing. If the economy closes down yet again, and unemployment spikes even higher, housing strength will weaken. Mortgage rates, some below 3% are certainly helping, but at some point, buyers will eventually reach their price limit. Already, in the high-priced existing home market, there are signs that demand is pulling back.

“It’s a worldwide phenomenon. We’re living through a period of high asset prices–we have been,” says Robert Shiller, Yale economist, and housing expert, referring to stocks, bonds, and real estate, which are all close to all-time highs. “Any one of these has a possibility of declining. I’m not saying it’s going to happen. All of these markets could tumble in the coming months,” Shiller explained.

Shiller feels that the housing market, especially the urban housing market, which includes locations that are close to work sites in cities could suffer, as an increasing number of employers no longer require on-location work to take place, allowing staff to work from home, enabling them to spread out and leave the crowded city areas.

In addition, many of the amenities of city living have been shut down due to Covid-19, and therefore could be less of an attraction to potential buyers, thereby resulting in a potential decline in real-estate prices.