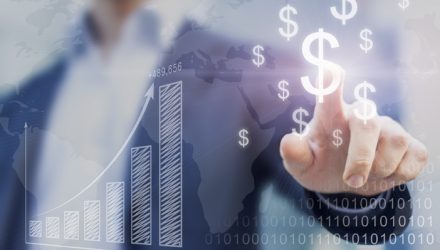 IWD seeks to track the investment results of an index composed of large- and mid-capitalization U.S. equities that exhibit value characteristics. The Fund seeks investment results that correspond to the performance of the Russell 1000 Value Index. The Index measures the performance of the large-capitalization value sector of the U.S. equity market.

Getting into why this ETF is worth noting, Jaffe explains how value has been trending poorly. However, there has been a shift recently. As Lydon explains, the divergence between value and growth stocks is almost the highest it’s been in 20 years. That in mind, part of this has to do with how the S&P 500 has evolved.

Being a lot more growth-orientated, with a lot of tech companies making the right kind of plays to be in the spotlight, keeps things holding onto a certain type of balance. Still, the market has grown old to the point of having investors staying invested, but also less aggressive. This is what makes value appealing.

“If you’re looking to stay invested, and also own stocks that are relatively inexpensive, compared to the market, value might be a way to go,” Lydon states.

IWD is one of the more famous value ETFs. The expense ratio is very small comparatively, and it contains a lot of good companies.

What Gives This Value ETF Value

Looking at reasons for why this broadly diversified index fund stands out, Lydon explains how value can be played in many ways. Investors can buy the individual stocks, small-cap value, international value (where the PE ratios are a lot more attractive than in the US.).

As Lydon states, “From a relative standpoint, if you look at where this ETF is in respect to its own 200-day average, well, it’s pretty close to its 200-day average, which is pretty good because if you were to make a shift from some of your growth allocation, it might be a little aggressive right now, to something that’s a little more conservative on the value side, and you’re using the long-term trend line, you don’t have a lot of downside between where you are now and going below that trendline, and where that works.”

The main point concerns the bad news signaling how people feel there is a lot more strife coming in the political landscape, let alone the possible recession that’s coming. With those things in mind, emotions and portfolios can be affected.

If the idea is to de-risk a portfolio, IWD is a way to go. There have been periods where value stocks have done well, compared to growth, which is also something to consider.

When asked if value is enough of a staple always to get behind, even when things have shifted, Lydon notes how long-term investors probably have a high correlation with the S&P 500. Additionally, it’s likely expensive, compared to the past, with Fang stocks coming up as one of the costly examples, as well as a volatile one. With that in mind, if the idea is to get back to neutral from a risk standpoint, it’s not the worst idea to take from the growth area and put it into value to balance it out.

However, as Lydon adds, “If you do have cash on the sidelines, and you feel like value is fairly priced, usually the 200-day average would work nicely here. At the same time, if there were major declines coming in the future, recession headwinds, that kind of thing, your downside risk isn’t that much, because you’re not that far away from the 200-day average.”