You are at:Home»Featured»ETF Index Providers: Next in Line on SEC’s Regulatory Hit List? 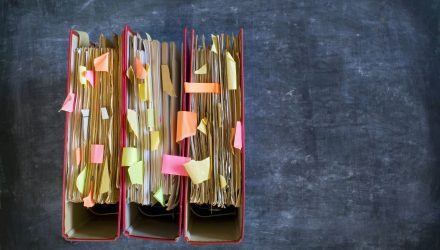 As regulators watch the ETF industry mature, the Securities and Exchange Commission (SEC) has left the underlying indices or the backbones of the majority of ETFs relatively untouched.

The SEC is asking questions about stock and bond benchmarks that make up 98% of the $3.6 trillion market for exchange traded products, reports Rachel Evans for Bloomberg. The indexers that create the underlying indices supporting these ETFs currently do so without SEC supervision, but they may soon fall under greater regulatory scrutiny as the SEC makes a broader effort on covering ETF-specific oversight in a quickly expanding industry.

“Everyone is watching intently and we’re trying to be as best prepared as we can be,” Dave Gedeon, head of research and development at Nasdaq Global Indexes, told Bloomberg. “One of the things that’s been the hallmark of the industry has been innovation. I would worry that if we went to a new regulatory regime, that essence of the market would be damaged.”

According to the Index Industry Association, there are now more than 3.28 million market benchmarks worldwide, more than the number of global stocks. The number has grown more exaggerated in recent years as the ETF craze helped pair index providers with ETF issuers, especially with the expansion of more complex index-based strategies like so-called smart beta.

However, while the issuers and ETFs are regulated, those creating the underlying gauges are not.

“It’s a purely reputational business,” Rick Redding, the IIA’s chief executive officer, told Bloomberg. “If you start miscalculating or putting out indexes that are not representative, no one will use them.”