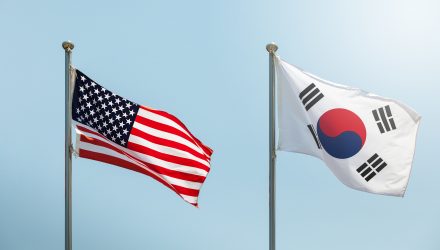 South Korea ETFs Could be Affected by Tax Plan

The iShares MSCI South Korea Capped ETF (NYSEArca: EWY) gained about three-quarters of a percent last week, but stocks in Asia’s fourth-largest economy could be challenged by changes to the country’s capital gains taxes.

Under a draft plan, some foreign investors would face capital gains taxes if they hold as little as 5 percent of a South Korean company’s stock, a big change from the current 25 percent threshold. This would cover investors from nations that South Korea doesn’t have a tax treaty with, which include Hong Kong, Singapore, Luxembourg and the Cayman Islands, according to Bloomberg.

“This proposal, if implemented as presented, could potentially have negative impacts on Korean equity market accessibility and hence, the replicability of the MSCI Korea Indexes and the MSCI Emerging Markets Index,” New York-based MSCI said in a statement Friday.