You are at:Home»Investing»Bitcoin: My Best and Worst Investment 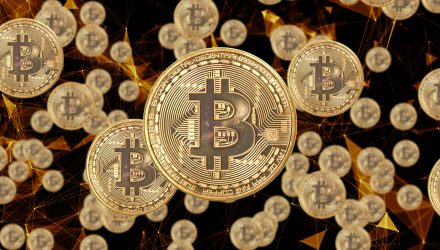 Bitcoin: My Best and Worst Investment

In late 2013, where were you? I was at my laptop anxiously refreshing my browser and looking for signs of a cleared wire transfer to Japan.

I was trying to buy some new-fangled currency called “Bitcoin”. Back in 2013 you may have heard of it, and if you hadn’t, then you surely have now. Bitcoin has now become the plat-du-jour with an out-of-control bandwagon careering up a dizzying climb in price.

We all know how the story has gone recently, and many of us can solemnly shake our head at how we think the story will unfold. Most believe that the end of this tale will feature cataclysmic loss and a crash more spectacularly fiery than the Hindenburg.

But what were things like on the cryptocurrency scene in 2013?

In the early days of Bitcoin it was really quite hard to get your hands on the currency. There was no Coinbase and the US Government was doing its best to make it extremely hard to acquire Bitcoins. I’m not sure whether this was due to concern about taxation issues, or Bitcoin’s reputation as the go-to medium of transfer for drug dealers and money launderers, but there were no well-established US exchanges like there are now.

The advice at the time on various forums seems incredible to us now, but one favored method was to find someone with Bitcoins and setup a private transaction. I even saw advice where you could do this through Craigslist and arrange a meeting at a Starbucks with wifi, agree a price, and provide your public key address to enable to transfer. This gives you an idea of how niche the currency was at that point, and had it stayed with private transactions, then we would not have seen the explosive growth we have.

At that time the other significant method to obtain Bitcoins was through an exchange called Mt. GOX. This was a marketplace where buyers and sellers of Bitcoins could come together, and a market-clearing price would emerge. The key problem? It was domiciled in Japan!

In September 2013 I opened an account on Mt. GOX and attempted to fund it.

This was a problem, you could not use US credit cards, and a US Paypal account would not work. I tried a couple of workarounds including an online wallet transfer, but I can confirm that money laundering rules work! Funding this account was an issue.

The only remaining solution was wiring some money directly to a Japanese bank account. You can imagine that I was not crazy about this solution, so I continued my research, and I did a lot of reading around Bitcoin, including the original paper (that I can recommend), and improved my understanding of the Blockchain. I became convinced that I wanted to test out the new technology and so took the plunge and wired $200 to Japan.

I can’t remember whether the transaction really took as long as a week to clear, or whether I just imagined it took that long. But there is no doubt there were many days of anxious waiting before BTC 1.6 appeared in my Mt.GOX account. I had entered the market at BTC 1 = $124.

Over the previous twelve months, Bitcoin had risen rapidly and more than doubled in price, and during this period had experienced booms and crashes, so I knew I was riding a buckin’ bronco of an investment. But whilst $200 was not insignificant, nobody was going to end up hungry or on the street if I lost it all. So, I thought I would cling on and see where this led. I could never have imagined…

This remarkable market run was pretty much overlooked by the mainstream press. I don’t recall many/any(?) articles or news items of any substance on Bitcoin’s extraordinary rise in value over 2013/14. However, I felt like a bigshot. The investment maxim – Be Early, and Be Right – was clearly written by me at this time.

But in February 2014, when Bitcoin was worth $945, Mt.GOX suspended trading. My account was unavailable. The website simply showed a holding screen that talked about “Technical Issues” and then months later replaced with notes about administration and bankruptcy proceedings. Subsequently it emerged that 850,000 Bitcoins were stolen, worth $450m at the time. These coins are now worth $16Bn!

It’s still not clear whether the collapse of Mt.GOX was the result of hacking, fraud, or sheer incompetence and mis-management. It doesn’t really matter to me, I lost my BTC 1.6 with no prospect of recovery, but I did gain some wisdom.