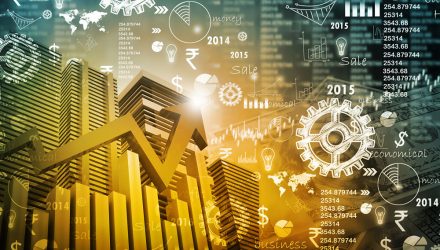 December economic data continued to trend positively, with Q3 GDP being upwardly revised to +3.2% Q/Q on an annualized basis. Retail sales ex. Autos accelerated thanks to strong early Holiday sales, rising +1.0% M/M in November, up from +0.4% M/M in October.

According to the National Retail Federation, Holiday sales are expected to rise +4% from last year, which would mark the strongest levels in three years. The renewed exuberance comes amidst new lows in the unemployment rate (4.1% as of November), initial jobless claims (238K in December), and near-record highs in Consumer Confidence (122.1 in December, albeit down from a 128.6 in November). These factors, taken with higher monthly average wages, are likely to contribute to a strong Holiday season.

Inflation remains a key wild card heading into 2018. The headline Consumer Price Index (CPI) rose +2.2% M/M in November, while core CPI (ex. Food & Energy) rose +1.7%. Input prices as measured by the Producer Price Index (PPI) rose +4.3% M/M in November, accelerating from October and hitting the highest levels in more than three years. Rising crude oil prices are likely a contributing factor, with oil prices rising above $60/bbl in December, and could continue to help drive inflation measures higher in 2018. This comes on top of 18 states that are set to raise minimum wages in 2018. It remains to be seen the impact that rising wages will have on prices, but it’s likely additive. The Underlying Inflation Gauge (UIG) full data set measure estimated by the New York Fed showed inflation firming in November to nearly +3% Y/Y.

Lastly, one of the best broad indicators of economic activity can be seen through the Citi Economic Surprise Index, a measure of whether or not key economic data is exceeding market expectations (positive readings indicate data that exceeds expectations). In December the reading peaked at 84.5, reaching it’s highest level in 5 years. Taken as a whole, economic activity remains robust and according to the Atlanta Fed’s GDP Now indicator, expectations for Q4 GDP are now +2.8% Q/Q (as of December 22nd). A similar measure from the New York Fed predicted a +3.9% Q/Q rate as of December 29th.

Domestic Equities finished the year on a high note as tax reform gets set to go into effect in 2018 and corporate profits are expected to get a shot in the arm in the coming year. The benchmark S&P 500 Index rose +1.10% in December to finish the year up +21.82%.

The year’s stellar returns mean that Large-Cap U.S. equities have now returned a staggering +15.79% on an annualized basis over the past five years, well above historical averages. Mid- and Small-Caps posted returns of +0.22% and -0.56%, respectively, in December, lagging the overall S&P 500.

However, both Small- and Mid-Cap returns have also produced returns in excess of +15% per year over the past five years too, above historical averages. Taken together, U.S. equities of all sizes have posted strong returns as the U.S. economy improves and corporate tax reform looks to extend the current rally. However, it should be noted that in the roughly 14 months post-election in 2016, Large-, Mid-, and Small-Caps have returned a total of +27.88%, +27.90%, and +30.88%, respectively, representing significant gains in a short period of time, especially given the S&P 500 has not had a -5% pull back in well over a year.

Large-Cap Growth stocks, as measured by the S&P 500/Citi Growth Index, moderated in December, returning +0.57%, lagging the overall market. Large-Cap Value stocks, as measured by the S&P 500/Citi Value Index, returned +1.67% on the month, but lagged Growth stocks by more than 12 percentage points on the year. From a sector standpoint, Utilities, Health Care, and Real Estate ended the month in negative territory, losing -6.14%, -0.65%, and -0.50%, respectively, while Telecoms and Energy were the top performers, up +5.77% and +4.88% each.

For the year, Technology was the clear standout, returning +38.83%, thanks to “FANG” & Friends. Despite the December rally, the Telecom and Energy sectors still managed to post negative returns on the year, down -1.25% and -1.01%, respectively.

International equities posted strong returns in December, with Emerging Markets leading the way. The MSCI Emerging Markets index rose +3.49% in December, capping off a year in which EM rose +37.51%, handily outpacing the rest of the world. Developed International markets, as measured by the MSCI EAFE Index were strong performers too, gaining +1.63% on the month and an impressive +25.69% on the year.

At the regional level, the Eurozone rebounded strongly and the Euro currency surged, as the MSCI EMU Index returned -0.85% in EUR terms and +0.25% in USD terms on the month. For the year, Eurozone equities returned +13.37% in EUR terms, but a more impressive +28.97% in USD terms thanks to a +14.15% return from the Euro currency itself. As a reminder, U.S. based investors investing in Dollars overseas have three components to their overall returns: 1) price appreciation; 2) dividends; and 3) currency change. While currency change has been a significant drag on investor returns over the past three years (as the U.S. Dollar surged), the rejuvenated Eurozone economy has lent credence to the recent strength in the Euro. Moving forward, there remains potential upside in the Euro as economic momentum continues and investor confidence returns. Politics remain a considerable risk factor, with Italian elections looming in the spring.

From a sector standpoint, rate sensitive sectors struggled in December, with Utilities and Telecoms posting negative returns of -4.12% and -0.34% on the month, while cyclical sectors such as Materials and Energy surged +5.07% and +4.31%, respectively. The Technology sector took a pause, returning +0.06% on the month, but returned a whopping +51.35% on the year due to the likes of “STAT” (similar to “FANG” in the U.S.), namely Samsung, Taiwan Semiconductor, Alibaba, and Tencent.

As often happens in fixed income, duration played a very large role in bond returns in 2017. With the 10 year Treasury ending the year very close to where it began, bonds in that maturity range were able to collect their coupons, and gain from any spread compression that they experienced. The 30 year Treasury actually declined in yield by 33 basis points, which created significant price appreciation in addition to the coupon earned and any spread tightening. Among shorter duration holdings, interest rate movement was a drag on performance.