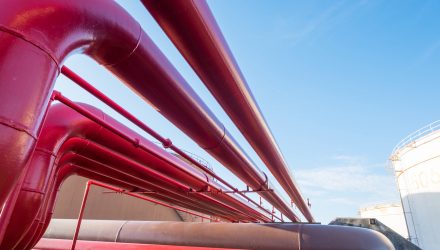 “The U.S. House of Representatives passed a tax plan that would reduce the income tax rate from pass-through entities (including MLPs) to 25%. This measure was included to ensure that pass-throughs maintain a tax-advantaged status versus corporations, which would also enjoy a tax cut. The Senate introduced a separate tax plan for publicly traded partnerships (including MLPs) that would allow for a 23% deduction on income received from these entities,” according to Global X research.

MLPs provide income potential as the firms typically pay out the majority of operating cash to investors on a quarterly basis. Looking ahead, MLPs may continue to grow distributions if there is increased energy demand and new energy infrastructure spending. MLPs may also be a play on the current Trump administration’s plans to expand its infrastructure spending, which may also include increased energy pipelines to transport the increasing need for oil to fuel our economy.