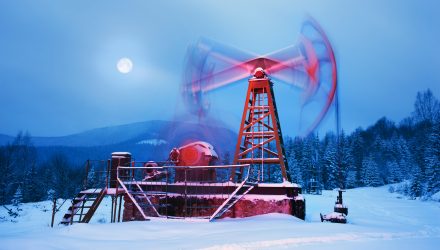 Leveraging up the Energy Trade

“Oil has struggled to reach $60 per barrel since January when OPEC agreed to cut production supply by about 1.8 million barrels per day in an attempt to stave off a huge drop in oil prices,” according to Direxion. “The oil industry has pegged $60 per barrel as a healthy number for the commodity. However, even with (mostly solid) compliance among participating nations, the OPEC basket price of oil remained around the $50 level, having never approached the $60 target.”

Current OPEC compliance with production cut plans remains above their historical average, and it usually takes between two to three quarters for inventories to normalize after the cuts. While demand has yet to catch up to elevated supplies, rebounding economies in Europe and steady economic growth in the U.S. could prompt more upside for oil next year.

“The IEA’s cut, which dropped the demand estimate by 100,000 barrels a day for the next two years, contrasts OPEC’s own outlook on oil demand, which actually forecasts a 130,000 barrel per day increase,” said Direxion. “These next few months will be critical for oil watchers. Crude is facing heavy technical resistance in the $58 handle. If it’s going to attempt to get back to 2014 prices, the market’s going to need to see it hit $60 and hold it for a considerable amount of time.”