You are at:Home»Fixed-Income»Where to Look for Bond ETFs Still Offering Upside 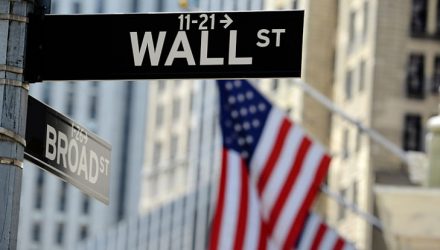 Where to Look for Bond ETFs Still Offering Upside

“Still, the simple truth is that there is not much evidence that the economy is surging. Yes, job growth remains strong and consumers and small businesses optimistic. However, outside of the labor market actual economic activity remains modest. Adjusted retail sales are growing at roughly 4.5% year-over-year, in-line with the post-crisis average. While investment activity improved in Q1 and manufacturing is crawling back from its recession, industrial production remains muted,” according to a recent BlackRock note.

“German 10-year yields are still below 0.50%, while similar maturities in Japan and Switzerland yield 0.03% and -0.09% respectively. With the exception of Australia and New Zealand, the U.S. has just about the highest long-term rates in the developed world. For many foreign investors, the U.S. remains an attractive place to invest, keeping bond prices high and yields suppressed,” according to BlackRock.

TLT has been a popular Treasury bond play for yield generation over the past few years after the Federal Reserve implemented near-zero interest rates and a robust bond purchasing program. However, TLT comes with a duration of over 17 years – a 1% increase in interest rates would translate to about a 17% decline in the fund’s price.