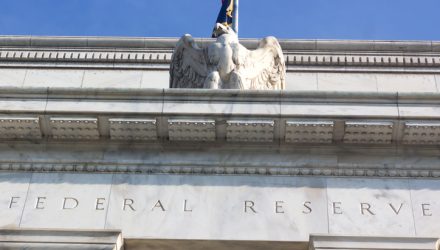 U.S. Stock ETFs in Reserved Action Ahead of Fed Meeting

“We’re beginning to see the fruits of some better growth showing up in the bottom line,” Larry Hatheway, chief economist at GAM, told the WSJ.

However, traders remained cautious ahead of the Fed meeting. Fed officials are widely expected to stand pat on interest rates this round, but investors are waiting for the central bank’s final statement Wednesday for any hints of potential changes in the June meeting, reports Tanya Agrawal for Reuters.

Investors also refrained from committing to any riskier bets in light of weaker-than-expected economic growth numbers in the first quarter. Market gains were capped by a dip in auto stocks after automakers revealed a fall in new vehicle sales in April.

“I think the auto sales numbers have caused the market to take a step back,” Brent Schutte, chief investment strategist at Northwestern Mutual Wealth Management Company, told Reuters. “I think people are reading too much into that. There’s a fear that is building on last quarter’s GDP numbers that the consumer is pulling back, which we don’t think is the case.”