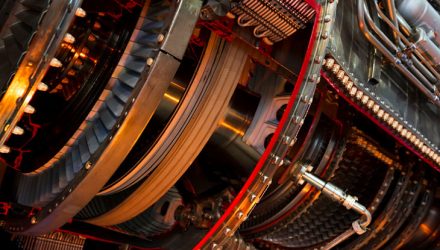 Aerospace stocks and exchange traded funds were lifted Monday on news of an arms deal between the U.S. and some Gulf states, including Saudi Arabia.