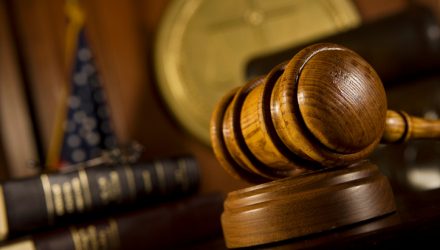 “I was surprised they [the staff]let them go,” Amy Doberman, a partner at Wilmer Cutler Pickering Hale & Dorr LLP who was previously general counsel of ProShares, a leveraged ETF provider, told the WSJ. “They are certainly not any less risky. I cannot imagine they are going to be any less susceptible to the impact of volatility that caused issues with the other [leveraged]funds.”

The SEC’s original approval of the 4x funds at the start of May appeared to have signaled that the regulator’s view of risky EFs had changed after form Chairwoman Mary Jo White stepped down in January. White led efforts to stamp down use of leveraged products but the proposal was not popular, especially among Republican lawmakers or regulators.

Under the President Donald Trump administration, which has taken a more hands-off approach to regulation, observers expected lessening controls over more restrictive regulatory measures. For instance, the U.S. Senate voted to confirm attorney Jay Clayton to head the SEC, a change in leadership that switched the course by which the agency approves investment products coming to market.

There are already a number of leveraged and inverse 3x or 300% U.S.-listed ETF options on the market. The proposed ForceShares ETFs will be the first to provide leveraged and inverse exposure of 4x or 400% to market moves. The UP fund is designed to deliver 400% of the daily performance of the S&P 500, whereas the DOWN fund will reflect the inverse 400% daily performance of the benchmark.