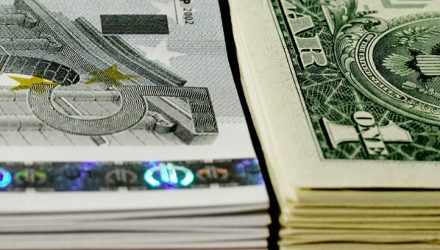 Possibility the most misunderstand aspect of investing internationally is the impact currency changes can have on investment returns. Many investors are disenchanted with their international holdings as they have underperformed US stocks over the past five years. However, much of the performance over the past 5 years can be attributed to the strong U.S. Dollar.

Experienced global investors should recognize international equities and currencies will cyclical over time, and there is good reason to believe that they will come back into favor sometime soon. In fact, year to date, we have started to see this change. Returns for both developed and emerging markets indexes are largely ahead of U.S. stock indexes in 2017.

Trends will Change over Time

While is easy to focus on the most recent trend of U.S. outperformance, it is more helpful to look over a longer period, encompassing multiple market cycles. The following chart looks at relative returns from 1999. 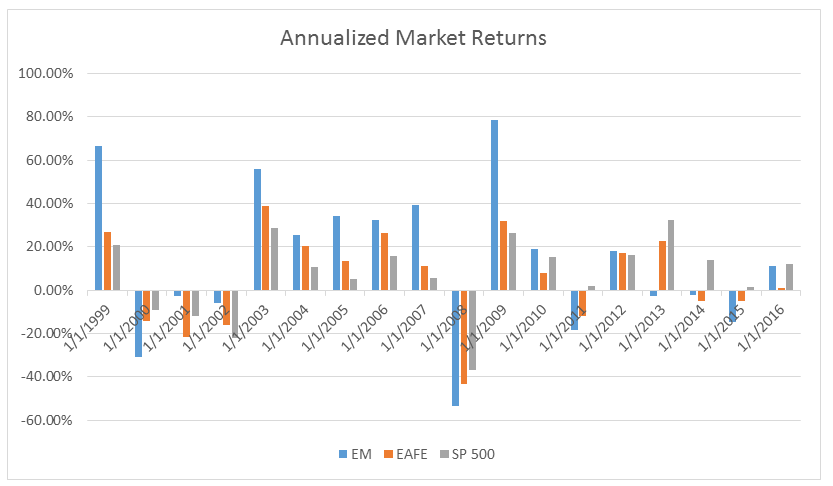 We believe, at some point, international currencies will strengthen against the dollar leading to international equity outperformance.  So far in 2017, this has been the case, yet it is too early for us to claim the cycle has shifted.

An important factor in how international investments fare relative to US is the value of the dollar. The following graph shows the US dollar trade weighted index over a 30-year period, from 1987 to present day. The graph shows how the dollar has performed relative to basket of currencies including the Japanese yen, the euro, the British pound, the Canadian dollar, and the Mexican peso, among others. 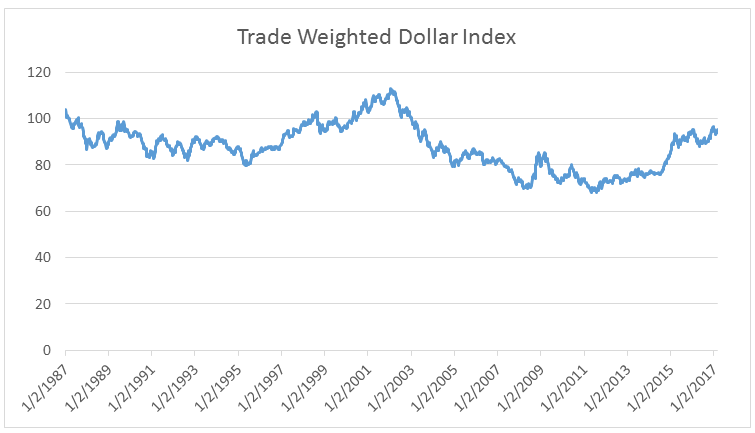 Some observations from the graph include:

The following graph looks at the data another way. The blue line shows a ten-year rolling percentile ranking for dollar strength, with 100% being the strongest and 0% being the weakest. Said another way, it takes the dollar index and compares it to all the values over the prior ten-year period, and assigns a ranking of 0-100. The orange line does the same thing, but with a twenty-year period.