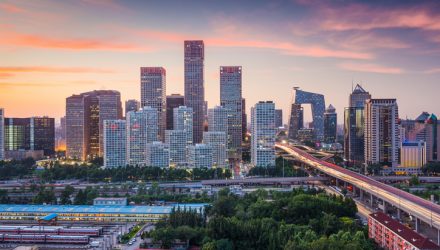 Emerging market exchange traded funds provide diversified exposure to the developing economies, but most broad picks are leaving opportunities on the table as many options do not include domestic China A-shares exposure.

“For the Chinese economy to be fully represented in global indexes and portfolios, A-share inclusion is critical, and our analysis has hinted at industries that are likely to grow as China’s demographics change,” Mat Lystra, senior research analyst for FTSE Russell, said in a note.

Lystra pointed out that the majority of China’s economy as represented by domestic A-shares class is still heavily restricted for foreign investment, which leaves most global indices and portfolios with an incomplete exposure to the Chinese equity markets.

For instance, while many of the popular emerging market funds include China exposure as one of their top country holdings, most funds access Chinese companies through H-shares or Hong Kong-listed stocks or N-Shares that are traded on the New York Stock Exchange. However, despite sharing a country of origin, the share class does not move in lockstep with Chinese domestic markets.

“For now, A-shares offer diversification for developed market-oriented portfolios, but this is likely to change as A-shares are increasingly brought in to global portfolios,” Lystra said.