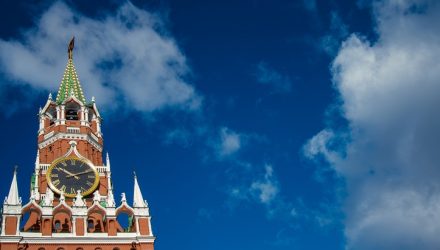 International Equities: Is It Time?

These are just some of the headlines that have given international equity markets a tough time over the past eight years. Meanwhile, the S&P 500® Index, the benchmark for large, U.S. equities, has surged over 250%1 into the second longest, and one of the largest, bull markets in history.

Focusing in on the last 2 or 3 years, we see the magnitude of the dispersion in market performance.  Since the end of 2013, both developed and emerging international markets, using the ETFs (MSCI ACWI ex-U.S. ETF or ACWX; and MSCI Emerging Markets ETF or EEM) as investable proxies, have essentially been flat after suffering through a 30-40% bear market (shown by red arrow below). On the other hand, the S&P 500 ETF proxy, SPY, has surged over 35% and enjoyed a correction of “only” 14.5%, roughly half of the international drawdowns. 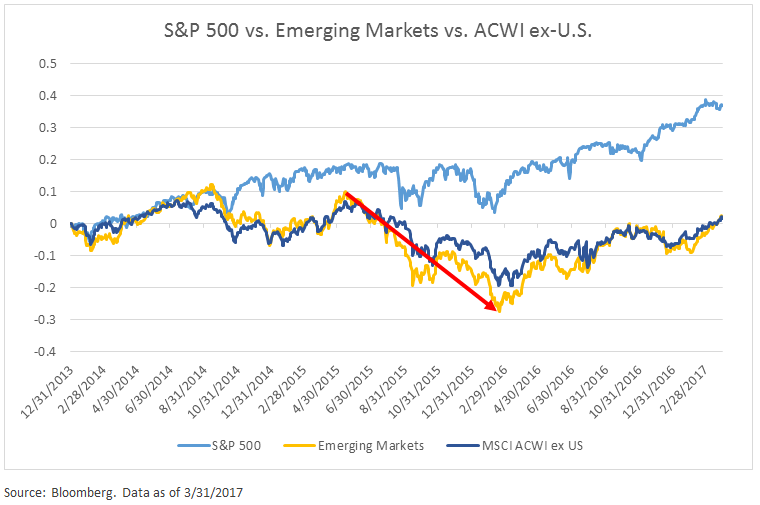 In short, since the lows of 2009, marking the end of the 2007-2009 global financial crisis, the U.S. equity markets have outperformed their international counterparts. In fact, over the last 45 years, this has been the longest period of U.S. equity outperformance. 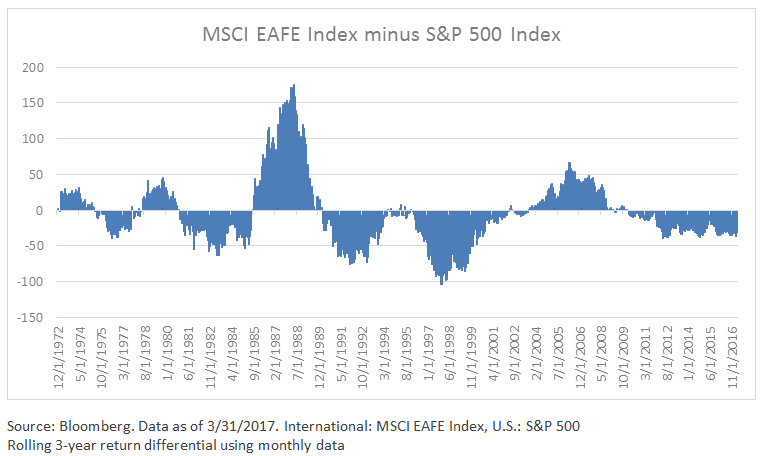 So what can we expect going forward?  Will the longest stretch of U.S. equity leadership continue or will the cycle swing back, letting the international equities take the reins?