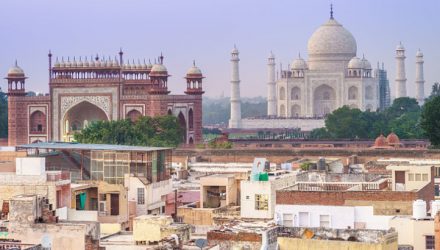 However, with an emerging markets rally that dates back to early 2016, some major benchmarks tracking developing world equities are facing stiff resistance. Emerging markets stocks and ETFs have been laggards during the current bull market, trailing U.S. indexes such as the S&P 500 by wide margins. That could mean it is time for emerging stocks to take on leadership roles, particularly after the group showed promising signs of rebounding in 2016.

Investors can also prepare for a the possibility of the dollar rebounding with emerging markets ETFs as well. For example, investors may also turn to currency-hedged EM strategies like the Deutsche X-trackers MSCI Emerging Markets Hedged Equity Fund (NYSEArca: DBEM), which targets the emerging markets but includes currency swaps to mitigate the negative effects of a stronger USD or depreciating emerging currencies.

“Of course, EM was badly beaten down over nearly a decade prior, in particular, since 2011. So some of this rally was certainly “overdue”. However, the concern is that, at some point, the potential resistance posed by nearly a decade of overhead supply (prices) will be a factor. That point is now,” according to See It Market.