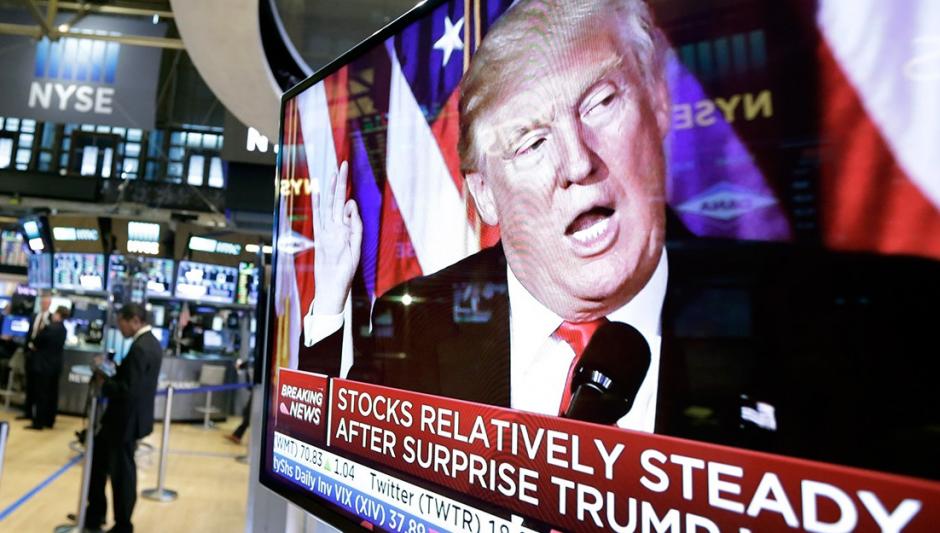 Part of what we (“we” = I) get paid to do here at Nottingham Advisors is to make forecasts and predictions about the markets. Now, notwithstanding that I’m on record saying only fools make such predictions, nonetheless it is part of my job. (It’s not often one gets paid to partake in foolish endeavors, but such is life.)

The beautiful part of economic forecasting is that these predictions are usually confined to the proverbial economic dustbin within short order, and if you make enough of them, you’re bound to be right eventually. However the endeavor is fraught with risk.

In December of 1996, no less a luminary than Alan Greenspan, then chair of the Federal Reserve, suggested that equity prices were being unduly influenced by irrational exuberance. In other words, in his opinion, as the head of the central bank of the United States, stocks were overpriced.

From December 6th until December 16th of that year, the S&P 500 and the tech-heavy NASDAQ both fell about -3%. Maybe people were listening to him after all? Well, from December 20, 1996 until September 1, 2000, as S&P 500 operating earnings grew by 39%, the S&P 500 more than doubled while the NASDAQ gained an astonishing 233%! Expensive stocks got WAY more expensive. Then the bubble burst.

In October of 2005, Ben S. Bernanke, Greenspan’s presumptive heir as head of the Fed, commented before Congress that despite a 25% surge in home prices over the prior 2 years, he didn’t believe we had a housing bubble about to burst.

Rather, he indicated, US house prices “largely reflect strong economic fundamentals”. Between November 2005 and June 2006, US home prices would further increase by 2.7%. From July of 2006 until the end of 2011, US home prices would proceed to fall by 26.7%. Hmmm. So, with that as background, I’d like to go on record stating that by and large, US equities are overpriced.

Further, they are likely to stay overpriced until the middle of 2018, at which point they will either correct, or continue to go higher, should the established laws of investing, not to mention the business cycle, no longer apply in TrumpNation. (I’m wondering if SNAP, SnapChat, the latest money-losing tech company to come public at a ridiculous valuation – currently $26 billion – could branch out from its disappearing texts to typeface that disappears upon reading so these words and prognostications aren’t held against me!

In all candor, I am not a huge fan of SNAP, for instead of my children actually reading books, they stare at their phones every waking moment, sending ridiculous ”chats” among their friends – until mom goes crazy and absconds their phones…). Okay…Where was I?

Oh, yes, the market. Every market forecasters challenge is walking the fine line between being “early” on our calls, and being just plain “wrong”. I’ve been both.

As the opening quote from legendary investor Paul Tudor Jones indicates, getting the last third of a secular move in markets right is extraordinarily difficult. If our inner “risk manager” mien takes over, we imperil our chances of fully participating in the potential continuation of a rally. If we remain “return seekers” for too long, we’re bound to suffer on the inevitable pullback.

As behavioral economists Amos Tversky and Daniel Khaneman famously proved, we all suffer from “loss aversion”. We investors prefer to avoid losses versus the potential for equivalent gain. It’s in our DNA.

However, all it usually takes to embolden most investors is one evening of cocktail party chatter, listening to their neighbor talk about how they bought Amazon stock at $400 (which, by the way, hit an all-time high as I pen this of $906 per share – which equates to a P/E ratio of 185x current earnings – but who’s counting…) and they’ll be right back at the trough angling for more. But I digress…Q1 is over, the so-called “Trump-Trade” appears to be fading, and we’re all wondering whether the Republican Party can quit bickering amongst themselves long enough to move forward with substantive legislation.

Politics has never been pretty, but I’m willing to guess that today’s dysfunction in DC is far beyond what our founding fathers might have imagined back in 1776. Although I think the caning of Senator Sumner in 1856 might have marked the low point of inter-party Senate relations, I think we’re getting pretty close to a new low, as evidenced by the unprecedented “nuclear” option required to get a highly qualified Supreme Court justice approved.

There seems to be absolutely no common ground, nor willingness to seek common ground, between the political parties. When a pro-growth Republican agenda appeared clear and decisive post-election, equity markets responded favorably (they rallied) and bond market responded appropriately (they sold off).