You are at:Home»Equity ETFs»Concerns Rise About A High-Flying Tech Industry 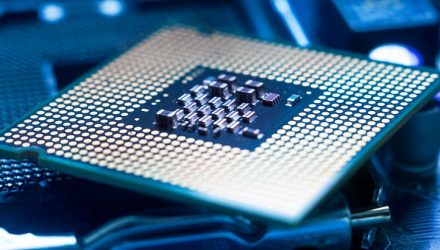 “The Philadelphia Semiconductor Index, composed of 30 chip-related companies, has gained 47 percent since last April, fueled by an unprecedented flood of mergers and orders for products that make up the guts of gadgets like refrigerators to smartphones. That’s made the $300 billion industry look expensive relative to earnings as growth is expected to moderate,” according to Bloomberg.

Still, investors could be paying up for future catalysts for semiconductor and broader technology names. If there is a silver lining for the rising valuations on chip stocks it is that some industry observers believe the group’s valuations should not be measured in the traditional sense because of the evolution of the semiconductor business.