You are at:Home»Currency-Hedged»Turning to Europe in Search of ETF Bargains 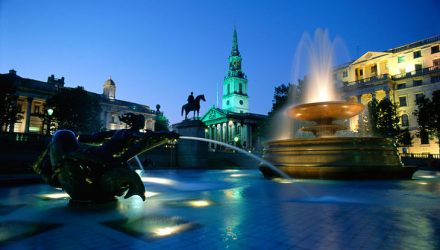 Turning to Europe in Search of ETF Bargains

With the bull market in U.S. stocks aging and investors increasingly feeling stocks here are richly valued, some are turning to Europe and the related exchange traded funds in search of bargains. Eurozone stocks and the related exchange traded funds have been impressive performers this year. For example, the iShares MSCI EMU ETF (NYSEArca: EZU) and SPDR EURO STOXX 50 (NYSEArca: FEZ) topped the S&P 500 in the first quarter.

The Eurozone ETFs are also attractively priced relative to U.S. markets, especially after a multi-year bull run has pushed U.S. equities to record highs, with many areas either fairly priced or trading above their historical values. For instance, EZU is trading at a 14.6 price-to-earnings and a 1.5 price-to-book and FEZ shows a 14.2 P/E and a 1.5 P/B, whereas the S&P 500 Index is hovering around a 18.7 P/E and a 2.7 P/B.

“After the ferocious Trump rally lifted U.S. stocks to record highs, fund managers have also become more cautious about Wall Street. Their allocation to U.S. stocks has plunged to the lowest level since January 2008, according to the BofA survey that was released on Wednesday,” reports Matt Egan for CNN Money.

The iShares MSCI France ETF (NYSEArca: EWQ), the largest France ETF trading in the U.S., has seen modest inflows to start the year ahead of what could potentially be a controversial election in the Eurozone’s second-largest economy.