You are at:Home»Equity ETFs»Steel’s Mettle as a Trump Trade is Tested 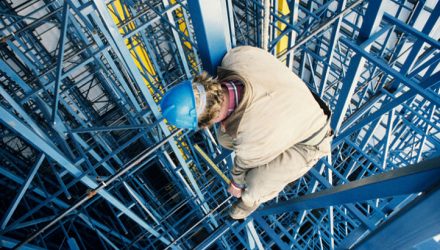 Steel’s Mettle as a Trump Trade is Tested

Few exchange traded funds were as positively correlated to the idea of a Donald Trump presidency as was the VanEck Vectors Steel ETF (NYSEArca: SLX), which was one of 2016’s best-performing non-leveraged ETFs.

However, SLX, the only ETF dedicated to steel stocks, stumbled Wednesday as U.S. Steel (NYSE: X), one of the ETF’s marquee holdings, lost a quarter of its value on the back of a weak earnings report.

“U.S. Steel reported a quarterly loss of $1.03 per share, according to Thomson Reuters. That was quite a miss, as analysts polled by were expecting a quarterly profit of 35 cents per share. The company also slashed guidance, expecting full-year 2017 earnings of $1.50 per share, half the Street’s expected figure of $3.05 per share,” reports CNBC.