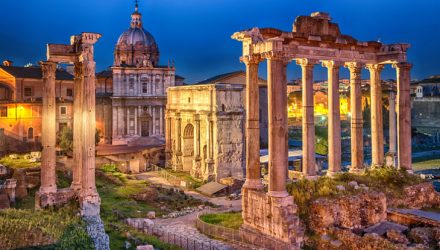 European stocks and the relevant exchange traded funds trading here in the U.S. have not lacked for attention this year, but much of the focus has been on those ETFs tracking the U.K., Germany and France. However, the iShares MSCI Italy Capped ETF (NYSEArca: EWI) is up a solid 3.5% year-to-date.

As is the case with France, the potential for political volatility looms over Italy and EWI. Political uncertainty continues to linger in Italy as well. Former Prime Minister Matteo Renzi resigned in December following a no-confidence referendum. At the time, some market observers believed Renzi’s resignation could lead to early elections and a rise in support for the populist anti-euro Five Star Movement. The party would seek to carry out a referendum on Italy breaking away from the Euro area.

“It’s no secret that Europe is much cheaper that the United States. Compared to the Eurozone, Italy has an even cheaper valuation,” according to a Seeking Alpha analysis of Italian markets. “We believe this undervaluation is undeserved and expect Italy to get a valuation more in line with the Eurozone. On top of that: the Eurozone’s valuation itself has room to grow!”