You are at:Home»Alternative ETFs»Geopolitical Concerns Are Good News for Gold ETFs 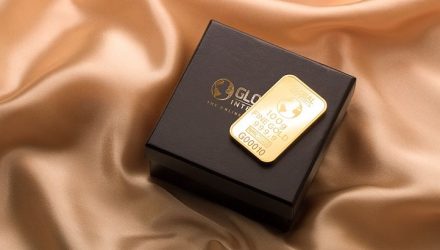 “Gallied to its highest level in five months in Wednesday trading, gaining over $9 per ounce in the session as tension mounted around the world. Secretary of State Rex Tillerson said Wednesday at a joint news conference with Russian Foreign Minister Sergey Lavrov that U.S.-Russia relations were “at a low point,” and called for improvement after the U.S. missile astrikes in Syria last week,” reports CNBC.

Indian demand is vital for gold because the country is the second-largest buyer of the yellow metal behind China. India, one of the world’s largest gold consumers, could be set to lower its import tax on bullion, which could be major catalyst for gold prices. Still, emerging market demand for gold has not picked up yet. For instance, China has shown little demand, with the Shanghai Gold Exchange seeing little growth in volume.