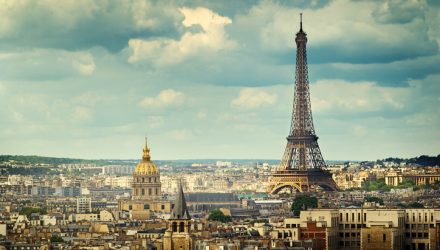 The CurrencyShares Euro Currency Trust (NYSEArca: FXE) is up 0.6% year-to-date while the PowerShares DB U.S. Dollar Index Bullish Fund (NYSEArca: UUP) has shed nearly 2%. Some currency market observers believe more gains could be in store for the euro following national elections in France and Germany.

Germany and France are the Eurozone’s two largest economies. UUP tracks the price movement of the U.S. dollar against a basket of currencies, including the euro, Japanese yen, British pound, Canadian dollar, Swedish krona and Swiss franc.

After boosting borrowing costs once last year, the Federal Reserve is expected to raise interest rates multiple times this year. If the Fed hikes rates, the exchange value of the U.S. dollar will strengthen, or foreign currencies will depreciate relative to the greenback. That scenario confirms the euro has been surprisingly strong this year.

“Other forecasts see even more strength. Societe Generale expects the euro to rise from $1.07 in June to $1.11 in December,” reports CNBC. “The estimates contradict analysts’ previous forecasts for euro parity with the U.S. dollar, or a one-to-one relationship. Many traders have been on edge about whether growing populist sentiment can keep the EU together past key elections in France and Germany this year.”