You are at:Home»Fixed-Income»A Fixed Income ETF Strategy for Investors Looking for Extra Yield 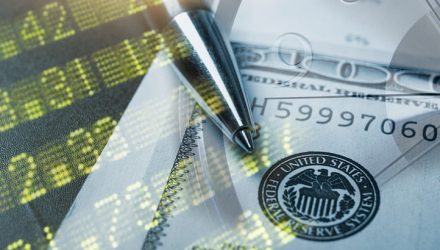 CRED’s “portfolio includes noncorporate issues such as supranational and sovereign bonds. These bonds improve the portfolio’s diversification, but tend to offer lower yields than their corporate counterparts with similar credit ratings and terms. The fund allocates roughly 15% of its capital to noncorporate securities, while most of its category peers do not invest in them at all,” said Morningstar in a recent note.

CRED holds 3,200 bonds, nearly 77% of which are rated A or BBB. The bulk of CRED’s holdings have maturities ranging from two to 10 years, but almost 21% have maturities of 20 years or more. CRED has also been a solid long-term performer.

“Over the trailing 10 years through February 2017, it returned 5.01% annually, lagging the benchmark by 25 basis points. This gap was a little more than the fund’s annual cost of 15 basis points. Its five-year annual return was 3.3%, behind the category average by 50 basis points and ranking in the category’s bottom 30%. This underperformance was largely driven by the fund’s greater exposure to less risky supranational debt, which on average yielded less than 2%, coupled with its exclusion of high-yield debt. Its risk-adjusted return, measured by Sharpe ratio, was behind the category group average as well over the same period” according to Mornigstar.

For more information on the credit market, visit our corporate bonds category.