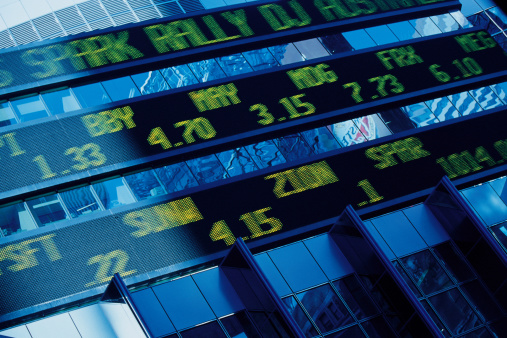 President Trump has not disappointed on his promise to shake up Washington. He is moving at breakneck speed to fulfill his campaign promises, to the delight of his supporters and consternation of his detractors. We are somewhat concerned that he has not tempered the personal volatility exhibited on the campaign trail, which risks translating into market volatility.

A bigger concern, however, is the policy priorities he has demonstrated in these three weeks. The most important parts of his platform to asset markets are tax reform and infrastructure investment. The chart below shows the economic impacts of various policies and clearly demonstrates the importance of Trump’s proposed tax reforms in particular.

Unfortunately, trade and immigration reform appear to be his highest priorities, both of which we view to have negative consequences for risk assets. Some markets have begun to reflect this disappointment: real US dollar interest rates have given up about half of their post-election increase, and the US dollar has given up nearly all of its post-election rally. Meanwhile, global equity markets have remained resilient. In Europe, the political environment has become less clear. Franҫois Fillon, the former front-runner for the French presidency and selfdescribed “Thatcherite,” has seen his campaign implode amidst corruption allegations that he hired family members as parliamentary aides without requiring them to perform any of the duties required by the positions, scuttling his chances to win the Presidency. Of the remaining candidates, only Emmanuel Macron would be greeted positively by markets.

The good news is that he now has a clear path to the Presidency, as it is unlikely that the far-right nationalist Marine Le Pen could win the second round head-to-head election. Meanwhile the UK has quietly proceeded on its path to Brexit. The House of Commons voted this week to approve the process of withdrawal, authorizing Prime Minister Theresa May to invoke Article 50 of the EU treaty and formally begin the two year negotiation process to leave the European Union.

Those negotiations will require close scrutiny, as a €600bn per year trading relationship hangs in the balance. Despite these risks, we are optimistic that the political environment in Europe will improve over the course of the year, avoiding the pitfalls of a Le Pen presidency and catastrophic Brexit negotiations.

Our portfolios are positioned to benefit from the continued “Trump reflation rally.” This entails owning assets that
will benefit from an environment with greater economic stimulus in the US and global capital flows which reflect that.

However, we have recently taken some profits and hedged the portfolio to some extent to protect our investors against disappointment in the speed at which policy reform is implemented.

Overall, our portfolios are allocated towards cyclical over defensive equities, and dollar denominated fixed income over foreign currencies. However, as a result of the high expectations for successful and timely implementation of President-elect Trump’s platform, we have increased our position in long duration US treasuries, which will benefit from disappointment in progress towards those goals.