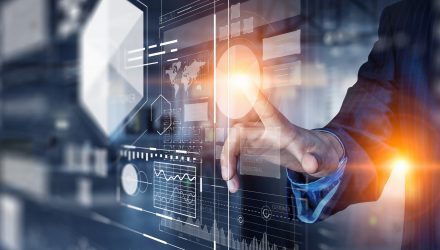 The exchange traded fund industry has enjoyed another phenomenal year as investors piled into ETFs to ride out the 2017 bull market.

There are 2,113 U.S.-listed exchange traded products, which include both ETFs and exchange traded notes from 123 fund providers across four exchanges with $3.447 billion in assets under management after attracting $473.9 billion in net inflows, according to XTF data. The ETF industry also launched 273 new funds this year, but 136 were delisted and lost to the sands of time.

Along with an uptick in demand for U.S. equities to ride out the ninth year of our bull market, investors also looked into international equity options to diversify and capitalize on relatively cheaper valuations, especially with U.S. markets looking pricier and valuations elevated in the extended bull run. For example, the iShares Core MSCI EAFE ETF (BATS: IEFA) attracted $20.9 billion in net inflows and the Vanguard FTSE Developed Markets ETF (NYSEARCA: VEA) saw $17.5 billion in inflows. Additionally, the iShares Core MSCI Emerging Markets ETF (NYSEArca: IEMG) experienced $16.6 billion in inflows and is now the second largest emerging market-related ETF on the market.

Looking at the top performing ETFs of the year, most outperformers were related to technology stocks as the 2017 rally was fueled by growth-oriented plays, along with a lone rare earth metals-related ETF.