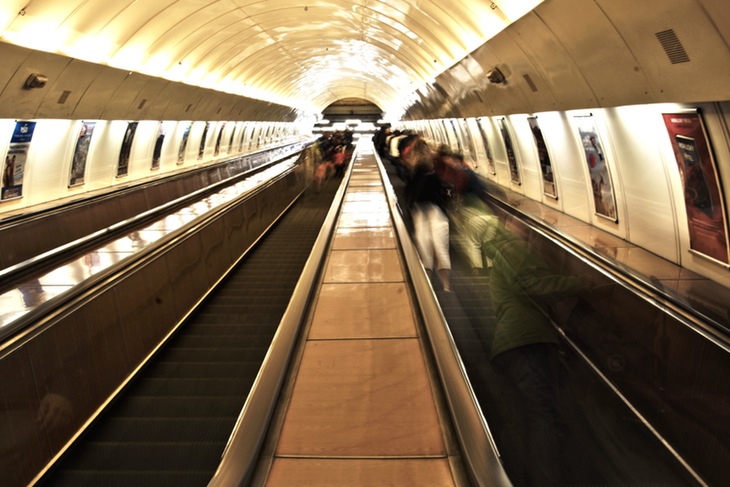 In our opinion, this post from Alpha Architect, titled “Even God Would Get Fired as an Active Investor”, should be required reading for those looking to better understand active investing. Quoting from the post:

“Our bottom line result is that perfect foresight has great returns, but gut-wrenching drawdowns. In other words, an active manager who was clairvoyant, and knew ahead of time exactly which stocks were going to be long-term winners and long-term losers, would likely get fired many times over if they were managing other people’s money.

Question: If God is omnipotent, could he create a hedge fund that was so good that he could never get fired? No. It turns out even God would most likely get fired as an active investor.”

We covered their post and extended the analysis here.

For us, the clear takeaway is that there is no holy grail to investing. Asset classes and strategies will always ebb and flow through periods of out and underperformance. No strategy will beat the market year in and year out. It just won’t happen.

If we want to outperform standard benchmarks over the long-run, we must hold positions that are different from the benchmark. Holding different securities creates tracking error. And tracking error inevitably means that short-term underperformance will occur.

Even Warren Buffett, by many measures the best investor in U.S. history, is not immune from this truth.

From March 1980 to October 2016, Berkshire Hathaway A Shares delivered an annualized total return of 20.2%, 9.7% more per year than the Vanguard S&P 500 Index Fund (ticker: VFINX) over the same period. Berkshire’s risk-adjusted returns are more than 60% better than the Vanguard benchmark (Sharpe ratio of 0.74 vs. 0.46) and the stock’s alpha is an astonishing 1.0% per month.

While there are many traits that likely contribute to his success, the one that we find most awe-inspiring is his discipline. The graph below plots Buffett’s one-year rolling relative performance vs. VFINX. Positive (negative) numbers indicate that Berkshire beat (trailed) the index fund over the prior 12 months.

Even the great Warren Buffett has lagged the market one out of every three years.  And in many cases this underperformance was significant.  There have been ten separate episodes where Berkshire underperformed the index fund by more than 10% over a one-year period and many periods of underperformance lasted significantly longer.

Through these difficult times, Buffett and Berkshire have remained committed to their investment process.

1. Underperformance is not bad.

In isolation, underperformance, while it may be frustrating, is not necessarily evidence that a strategy is broken or should be abandoned. One way we can think of Berkshire is as a portfolio of two different assets. The first asset is simply the S&P 500. The second asset is a long/short stock picking strategy driven by Buffett.

When the long/short stock picking strategy delivers a positive return, Berkshire will beat the market and vice versa.

Would most investors abandon the first part of the portfolio (the S&P 500) just because it loses money over a given period of time? Probably not. Firing Buffett just because the long/short strategy loses money (i.e. Berkshire underperforms the market) would be no different.

2. In fact, occasional underperformance is to be expected.

For a manager to beat the market, they must be different than the market. Being different means taking on tracking error. Buffett could reduce the risk of significantly lagging the market by by allocating less to his “long/short” portfolio.

However, doing so would come at the cost of less outperformance (assuming that Buffett isn’t able to further increase his investment skill). As an example, for Buffett to cut the probability of lagging the market by 10%+ in half, he would have to sacrifice about half of his annualized outperformance.

Furthermore, risk-free outperformance is impossible over the long-run. To the extent that such opportunities actually exist, they would most likely be arbitraged away very quickly. Even low risk outperformance would require unrealistic degrees of investing skill. As an example, assume that Buffett was able to improve the performance of his “long/short” portfolio to such as a degree that the probability of underperformance in any given year was just one in ten (instead of the one in three that we see in the actual data). This would imply such massive long-term outperformance that Berkshire’s market-cap would currently exceed the rest of the S&P 500 combined.

3. Placing “stop-losses” on managers is counterproductive.

While formal stop-losses on active strategies/managers may be rare, many investors operate with them in the form of annual or semi-annual performance reviews, eliminating managers when they underperform by too wide a margin.