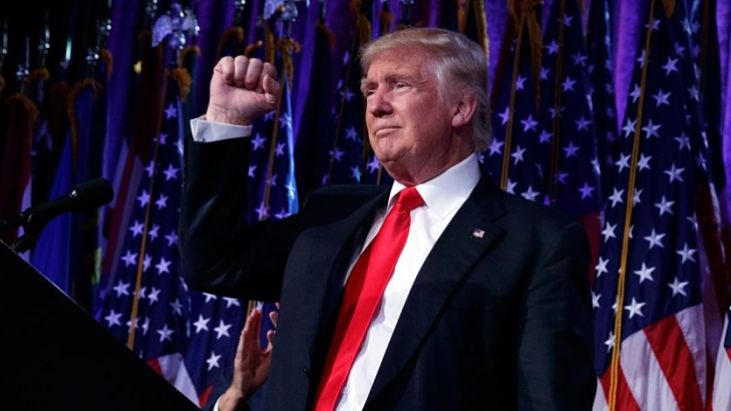 Trump’s Political Upset of the Century

American voters defied the political polls and pundits on Tuesday and elected Donald Trump as the next US president.

In a year full of electoral surprises, we think this elevation of a real estate developer and reality TV star to the leadership of the free world constitutes one of the biggest upsets in the history of politics.

As we feared, the initial market reaction to Trump’s election was a sharp selloff in global equity markets, with markets falling more than 5% in overnight trading. Today, markets have recovered much of this initial plunge, as Clinton’s concession eliminated the possibility of an “Everybody Loses” contested election and Trump delivered an unexpectedly gracious acceptance speech.

The challenge for investors now is to determine the likely long-term economic and financial market impact of the Trump Sweep (Republican control of the presidency and both houses of Congress). Trump’s well-known unpredictability makes this task more complicated than usual, because he has been on both sides of important economic issues during his campaign (e.g., minimum wage, tax policy for high-income individuals).

Our assessment of Trump’s likely impact on the economy and financial markets focuses on areas where he has laid out a relatively consistent set of policy prescriptions. Unified Republican control of the Presidency and Congress should make the course of future policy more stable and predictable than would otherwise be the case, in our view.

As a reminder, our assessment of market impact assumes that investors in global financial markets are not red (Republican) and they are not blue (Democrat).  The only color of importance to investors is green, specifically the green of potential corporate earnings.

We believe that the most likely direction for economic policy and the potential economic and market impacts are:

The Biggest Election Night Loser May Not Be the Democrats, It Could Be China

We believe that one of the most important drivers of Trump’s success was his recognition of what we have termed the “city/town divide” in America.  Globalization has been very good for most cities across America (e.g. New York, Seattle, Dallas) but in many instances has been devastating to small town America.  These towns are often dependent on a local factory.  If that factory closes, the people in these towns are left with few employment options.

Trump’s pledge to renegotiate the North American Free Trade Agreement (NAFTA) appealed directly to the people in these small towns. The market risk of this strategy, however, is that nearly 50% of the S&P 500’s earnings are generated overseas and NAFTA governs the trading relationship with our top 2 export markets (Canada and Mexico).  Any renegotiation of our trading relationships with Canada and Mexico could have a big impact on 2017 earnings expectations.

Great Britain’s decision to leave the European Union (“Brexit”) initiated a process that will take years to unfold.  By contrast, Trump could propose a bill to repeal NAFTA on the first day of his presidency. However, Republican leadership in Congress will face significant pressure from business lobbies to oppose such a move. Trump has tapped into deep-seated fears and anger about the impact of globalization on American workers, and Republican leadership will not be able to resist this tide.  However, the Republican party platform indicates that Congressional leadership may try to channel this tide away from NAFTA and toward China.

The Republican platform does not criticize NAFTA, nor does it criticize the more controversial Transpacific Partnership (TPP).  However, the platform contains the following sentence that clearly refers to China:

“We cannot allow foreign governments to limit American access to their markets while stealing our designs, patents, brands, know-how, and technology.”

Five years ago, many US companies would have lobbied against restrictions on Chinese imports out of fear that Chinese retaliation could impact their China sales. Unfortunately for Chinese companies, President Xi’s aggressive “China First” policies (shutting down Apple iTunes, patent infringement suits on the iPhone 6, blocking Uber and forcing them to sell to Didi, displacing Mastercard and Visa with a domestic payment network, etc.) may mean that China has few friends in Washington to lobby on their behalf.

It may seem counterintuitive that equity markets might be more comfortable with trade sanctions against China than upending NAFTA, but US total exports to China are only about 20% of the value of exports to Canada and Mexico.  Agricultural commodities are a dominant component of US exports to China, and Chinese leadership may be reluctant to enact trade retaliation that increases food costs for Chinese consumers. With Chinese exports to the US roughly four times the size of US exports to China, China would appear to have far more to lose in a “tit for tat” trade war with the US.  We believe this could persuade Chinese leadership to seek compromise rather than confrontation.