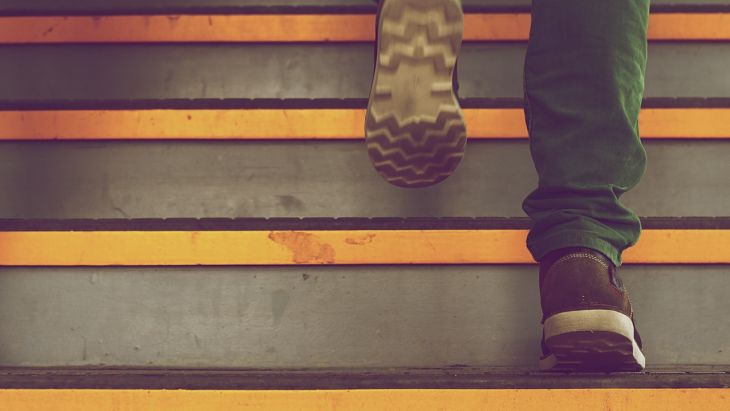 A new study released this September in the Journal of the American Medical Association (JAMA) reports that wearing an activity tracker might actually do more harm than good when it comes to reaching weight loss goals.

In short, “470 people in the study were put on a low-calorie diet and asked to exercise more. They all started losing weight. Six months in, half the group members started self-reporting their diet and exercise. The other half were given fitness trackers to monitor their activity. After two years, both groups were equally active. But the people with the fitness trackers lost less weight.”1

The study generates a lot of questions. How can tracking our fitness actually generate worse results than not tracking it? And does this mean it’s finally OK to start wearing my nice watch again?

What Implications Might This Study Have for the Investment Industry?

The industry is rapidly shifting towards an outcome-oriented, goals based investing framework and the way we decide to report information to investors will have consequences, for better or for worse.

Let’s take a closer look at this topic through the lens of behavioral finance.

Weighing in on the Research with Behavioral Economics

Why would measuring our own activity not result in improved behavior and a better chance of reaching one’s weight loss goals?

According to behavioral economist Dan Ariely, the reason people wearing trackers failed to lose weight may not be a fault of the devices themselves; it might just be the way the data is analyzed and delivered.2

He raises several issues that require consideration. One of them is the time frame we use to measure success; another is the goal itself. It’s not just about measuring ourselves, it’s about how we measure ourselves.

Issue #1: Are Time Frames for Success Too Short?

According to Ariely, as humans, we can be too fast to celebrate success and not fast enough to punish ourselves for failure. “We take credit for simply measuring our activity.” He continues, “We celebrate the fact that we are measuring ourselves as if we’ve actually achieved something.” It seems the mere act of switching a tracker on has become a surrogate for actual healthy behavior. Is hitting 10,000 steps in a day really enough to celebrate with an ice cream sundae? Or should we be looking at hitting longer term goals, such as 70,000 steps a week before we reward ourselves? The granularity of the data is important.

How This Finding Applies to Investments & the Time Segmentation of Wealth

If your portfolio is beating its benchmark for the quarter, does that really mean you should celebrate by spending more, perhaps buying a new car or treating yourself to more dinners out? Or is that a case of being too quick to celebrate success? By bucketing investment strategies across time, investors can strategically allocate investments across time frames, putting short term money in safer instruments like Treasuries and long term money into riskier assets such as stocks.

We believe the benefits are two-fold: it helps alleviate investor anxiety during setbacks in the market because the riskier assets have plenty of time to recover. It also helps keep them focused on their long term goals and objectives or the purpose behind their portfolios. Because the growth money is assigned to longer-term, loftier goals, the temptation to spend it on current needs is mitigated.

According to Ariely, we might not be setting high enough standards. FitBit uses a one-size fits all approach to goal setting of 10,000 steps per day. For some people, that number might be just right. But when you look across different segments of the population, we have very different starting points when it comes to caloric intake and metabolism.

In the investment world, if your household net worth is $500,000, you are 50 years old, and you want to leave a $2 million legacy, your goals look vastly different than if you are planning for a child’s college education in 10 years and have not started a savings plan. In our view, in neither scenario would it be appropriate to simply try to beat the S&P 500 or some other arbitrary index.