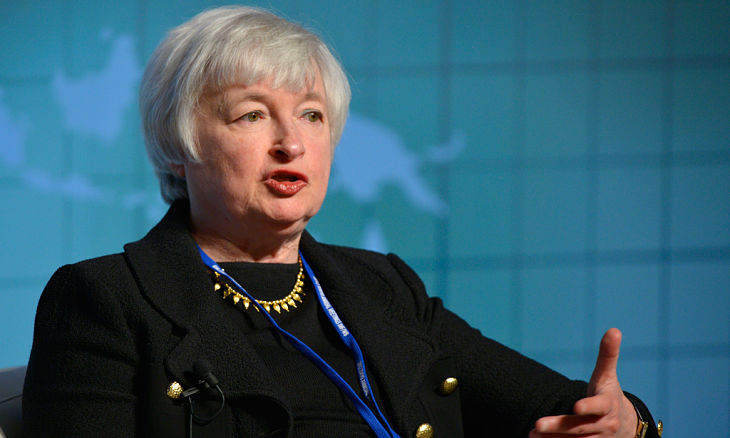 Treasury yields have on the rise, indicating that investors are pricing in an imminent rate hike by the Federal Reserve.

The widely held belief is that the Fed will raise rates for the first time this year following its December and that speculation is benefiting predictable group of exchange traded funds.

The Financial Select Sector SPDR (NYSEArca: XLF) is higher by nearly 3% over the past month. With a steepening yield curve, or wider spread between short- and long-term Treasuries, banks could experience improved net interest margins or improved profitability as the firms borrow short and lend long.

The rate hike outlook has swiftly changed in recent weeks with some bond traders seeing it as almost guaranteed a rate hike will come in December, which would be a boon for ETFs like XLF.

Higher interest rates would help widen the difference between what banks charge on loans and pay on deposits, which would boost earnings for the financial sector. Regional banks are among the stocks most positively correlated to rising interest rates because higher rates improve net interest margins. The SPDR S&P Regional Banking ETF (NYSEArca: KRE) is up more than 4% over the past month.

“Now how sustainable is this move? I think it is pretty sustainable to be honest and it is because of the chart below. This is the 10 year yield all by itself. It now sits at 1.84%, the highest since June. The chart looks very similar to the financial charts above because as rates rise the natural perception of investors is that banks will benefit too,” according to See It Market.