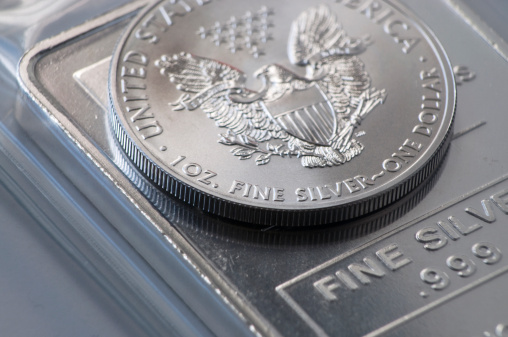 The iShares Silver Trust (NYSEArca: SLV) and ETFS Physical Silver Shares (NYSEArca: SIVR) have been on a torrid pace for much of this year. That is until recently. After touching multi-year highs in late July, silver succumbed to profit taking throughout August.

However, that does not mean the white metal’s run is over. In fact, some commodities market observers see more upside coming for silver and the aforementioned exchange traded funds. It could just be a matter of investors properly timing new entries into the likes of SIVR and SLV. That could mean waiting September out.

Due to the fact that seasonal trends are often more impactful with commodities than other asset classes, investors may want to tread carefully with silver ETFs this month because September is historically unkind to the white metal.

While it seems unlikely that the Fed will raise interest rates this month, any speculation regarding increased likelihood of rate hike later this year could pressure silver and other commodities in the near-term. That might explain why along with silver ETFs, gold ETFs tumbled in August.

“As we can see, there has been a significant price/time correction since early July that has served to completely unwind the earlier overbought condition, so Friday’s turnaround could mark the beginning of the next up-leg. Even if it should head lower again soon, it is thought unlikely that it will drop below the support at and below $18.00, especially as it is underpinned by an important channel support line. Should it drop that low, silver would look most attractive,” according to Mining.com.