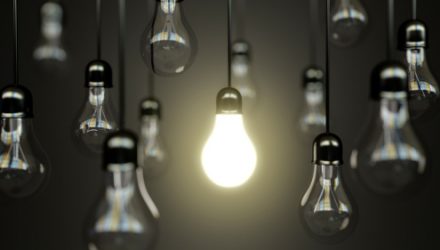 With the Federal Reserve yet to raise interest rates and it appearing as though it will be one rate hike at the most before 2017 rolls around coupled with investors’ desire for higher-yielding assets, it is not surprising that the Utilities Select Sector SPDR (NYSEArca: XLU) is the best performer among the sector SPDR exchange traded funds.

While impressive upside moves by XLU and friends have drawn plenty of cheers, there is no dearth of criticism and concern about soaring utilities ETFs. However, despite the best efforts of some market observers to talk investors out of stakes in the utilities sector, the group looks primed for additional upside.

Once the Fed eventually hikes interest rates, the higher rates will make fixed-income instruments more attractive on a relative basis, and bond-like equities, like utilities, less enticing. Consequently, utilities may remain flat or underperform other segments of the equities market once rates start ticking higher.

The Fed, though, may push off on an interest rate hike to July, especially after the unexpectedly weak jobs data. Nevertheless, investors should begin to consider the end game and the potential negative effects a rising rate environment can have on rate-sensitive equities like utilities.

“One example of the sector’s conformity dealt with its breakout, and subsequent tests, that we noted back in early April. The near textbook breakout launched the utility stocks on yet another rally leg that would cement the sector as the star of the first half of the year. It would be a very different story as the second half began, however, as the utility sector immediately topped out. Again, though, the charts gave us an accurate head’s up of a potential stalling out by the sector,” according to See It Market.