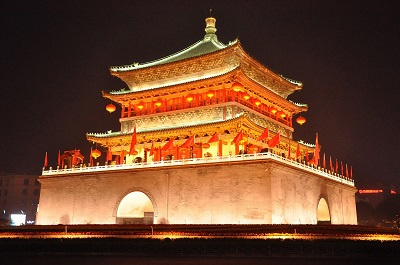 Chinese stocks and exchange traded funds such as the iShares China Large-Cap ETF (NYSEArca: FXI), the largest China-related ETF trading in the U.S., have been laggards during most of this year’s emerging markets renaissance. However, that scenario has recently been changing for the better with FXI soaring more than 15% over the past two months.

On Monday, China ETFs rallied following some important news. Chinese equities jumped Monday on renewed speculation for the launch of the Shenzhen-Hong Kong Stock Connect by the end of the year, reports Kenan Machado for the Wall Street Journal. The Hong Kong Economic Journal said a formal announcement could be revealed as soon as this week and that it would be officially launched in December.

However, following FXI’s impressive rally, some traders are concerned the large-cap China ETF could be primed for a pullback.

FXI’s “14-day relative strength index broke past 70 amid growing signs that the nation’s economic slowdown is stabilizing. Shares in the fund sold for as much as $37.99 Monday as a report in the Hong Kong Economic Journal said the start date for an exchange link between Shenzhen and Hong Kong may be announced as soon as this week,” reports Sunny Oh for Bloomberg.