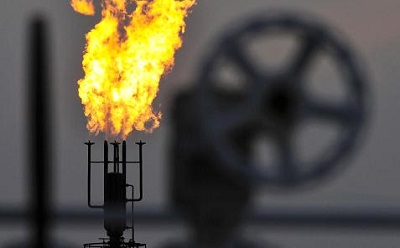 Ride an Oil Rally With This Familiar ETF

On Tuesday, oil prices and the corresponding exchange traded products climbed for the fourth straight day as traders speculate on the likelihood of production cuts to stabilize the market and a weakening U.S. dollar helped support prices.

Investors can play that theme with equity-based sector ETFs, including the Vanguard Energy ETF (NYSEArca: VDE). VDE is one of the least expensive energy sector ETFs on the market, charging just 0.1% per year. That makes it less expensive 93% of rival funds, according to Vanguard data.

“We see that VDE confirmed a reversal from a low in January on a very high-volume day of buying. The longer-term uptrend is further supported by a golden cross in May and a run to the resistance line at $96 to $98. Triple buy signals from my proprietary internal indicator, the Collins-Bollinger Reversal (CBR), mark a bullish reversal from a consolidation at the 20-day moving average at $88,” according to InvestorPlace.

The third quarter is historically unkind to the energy sector, but some industry observers believe the recent pullback in crude prices is not a cause for alarm and that there is still upside available with some of the big-name integrated oil companies held by ETFs like VDE.