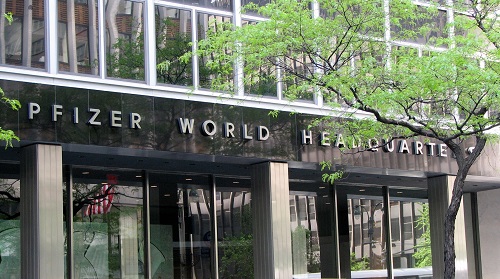 Biopharmaceutical giant Pfizer will pay Medivation shareholders $81.5 per share in cash, or a 21% markup to Medivation’s closing price on Friday of $67.16 per share.

Other companies, including Sanofi SA, Gilead (NasdaqGS: GILD), Celgene (NasdaqGS: CELG) and Merck (NYSE: MRK), have also shown interest in acquiring Medivation, reports Meg Tirrell for CNBC. This suggests that large biotech companies still have a lot of cash on hand and may be shopping around to expand their businesses.

“We know that Sanofi had been aggressively pursuing Medivation and whilst some may be relieved to see it not pay for this particular deal, investors will now begin to look for alternative targets for them,” Jefferies analyst Jeffrey Holford said in a note. “Many investors that speak to us believe that this could include BioMarin.”

“It would make sense that the Medivation price tag would boost Incyte (another mid-cap oncology company),” Cowen analyst Eric Schmidt said in a note. “The others … are very different beasts, so there shouldn’t be any read-through.”