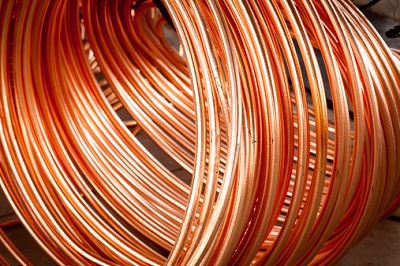 Precious metals and the related exchange traded products are soaring this year, but the same cannot be said of their industrial metal counterparts.

While the iPath Dow Jones-UBS Copper Subindex Total Return ETN (NYSEArca: JJC) is down less 0.4% year-to-date, that is a far cry from the stellar performances turned in by gold and silver ETFs.

More concerning in the near-term is the fact that some market observers believe the path of least resistance for copper is lower. JJC’s laggard status could morph into an all out decline as copper prices approach a critical technical juncture. While production cuts may support prices now, the bounce in the copper market may be short lived as fundamental factors remain weak.

Many industrial metals and miners rallied on the belief that China would support growth through stimulus measures, augmenting demand for metals while enticing investors to jump back in. Moreover, the depreciating U.S. dollar made USD-denominated resources cheaper for foreign buyers. The ongoing global low-yield environment also pushed investors toward more attractive assets, like commodities.

“However, those who believe copper’s troubles are over may be neglecting the bigger picture. Copper prices have surged twice this year on hopes that China’s consumption may be improving, but they’ve been unable to hold above $2.30 a pound. In July, China’s copper imports fell for the fourth consecutive month to an 11-month low, according to Commerzbank, signaling subdued demand from the world’s largest copper consumer,” reports Stephanie Yang for Barron’s.

The iShares MSCI Chile Capped ETF (NYSEArca: ECH) is one of the best-performing emerging markets single-country exchange traded funds. It is also defying weakness in the copper market, an important factor because Chile is the world’s largest producer of the red metal.