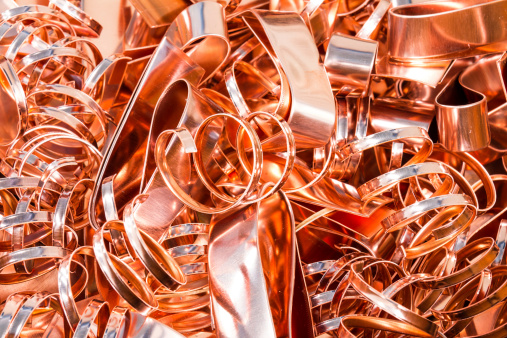 Commodities are receiving renewed attention this year as investors revisit the asset class with the dollar swooning. That theme has been a boon for an array of exchange traded products, but in recent weeks, industrial metals are themselves swooning.

The U.S. dollar has previously rallied on expectations for a tighter U.S. monetary policy, which would diminish the amount of dollars sloshing around the economy and prop up the greenback against foreign currencies. With expectations in place that the Federal Reserve is nearing a June rate hike, its first increase of borrowing costs this year, the dollar is again strengthening and that is plaguing copper and the iPath Dow Jones-UBS Copper Subindex Total Return ETN (NYSEArca: JJC).

Over the past month, JJC is down 9.1%, putting the ETN dangerously close to meeting the definition of a correction, which is a loss of 10%. While production cuts may support prices now, the bounce in the copper market may be short lived as fundamental factors remain weak. Despite falling prices, which have pushed as much as a tenth of the world’s copper miners into the negative, the drop has not been severe enough to trigger supply cuts, Reuters reports.

“Taking a look at the chart, you can see that the price of copper has been trading within an extreme downtrend, and the combined resistance of the descending trendline and 200-day moving average (red line) are technical signals that the downward momentum is likely to continue. Bearish traders will keep a close eye on the $23 level because a move below the dotted trendline will likely trigger the start of the next move lower. Bullish traders will likely want to remain on the sidelines until the price closes above the swing high of $26.59,” according to Investopedia.

Last year, Deutsche Bank also cut its copper projections due to weak Chinese demand. DB also expects rising supply in 2016 on new mine commissions, which could cause copper to “remain vulnerable to periodic bouts of shorting.”