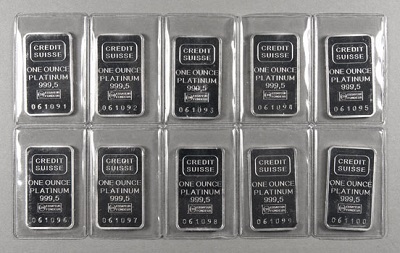 There are good reasons to consider platinum and palladium ETFs. Fundamentals also support the palladium outlook as the market remains in a supply deficit for the past four years, with another deficit on track in 2016.

However, palladium and platinum have reached critical technical junctures, giving interested investors something to consider before leaping into the likes of PALL and PPLT.

PALL and PPLT “appear to have run too far, too fast – this is a common characteristic of bear market rallies. And with sentiment running hot and prices at still resistance, investors should be on alert for platinum and palladium reversals,” according to See It Market.

“Platinum and palladium prices tends to be volatile thanks in part to a highly concentrated supply environment. Together Russia and South Africa control between 70% and 80% of the world’s supply of PGMs. The structure of supply has not altered in any substantial way since the 1970s when platinum and later palladium came to the fore as an important part of the world’s automobile industry,” reports Frik Els for Mining.com.