You are at:Home»Equity ETFs»Access These Smoking Stocks With Staples ETFs 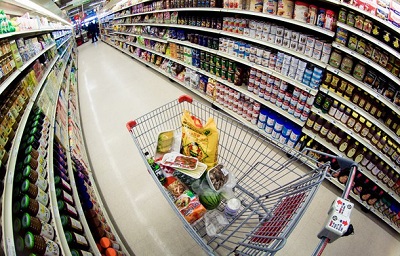 Smoking is a bad habit and one that certainly will not be endorsed here, but tobacco stocks can be healthy for portfolios. In fact, tobacco stocks have been key contributors to the upside delivered by consumer staples exchange traded funds this year.

The Consumer Staples Select SPDR (NYSEArca: XLP) is one of this year’s best-performing traditional market-cap weighted staples ETFs while the equal-weight Guggenheim S&P Equal Weight Consumer Staples ETF (NYSEArca: RHS) has recently been making new highs. Much of that bullishness is attributed to investors’ desire for defensive, lower beta assets, but tobacco stocks are chipping in as well.

“The list of tobacco titans include Altria (MO), Vector Group and Philip Morris International. Altria has seen recent highs not seen since before the financial crisis, and the company offers about a 4 percent dividend yield,” according to CNBC.

XLP, the largest consumer staples ETF by assets, allocates 16.5% of its weight to tobacco stocks, making that the ETF’s fourth-largest industry weight. Philip Morris and Altria are XLP’s third- and fourth-largest holdings, respectively.

The equal-weight RHS has an 8% weight to tobacco names making the group that ETF’s fifth-largest industry allocation.

Reports CNBC: “Adam Fleck, an equity analyst for Morningstar, agrees that the yield in tobacco names that would attract investors “in a low-yield environment.” Fleck, who recently gave Altria a hold rating, believes the stock is overvalued and said he sees its worth at about $59 per share — but that “their pricing value is still fantastic.”