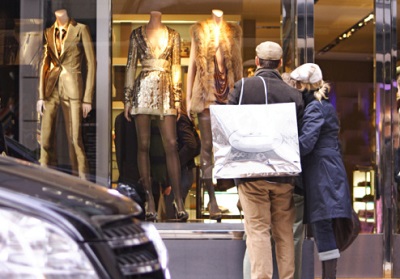 A Real Rally for Retail ETFs

The very stocks, namely department store operators, that were previously holding back the SPDR S&P Retail ETF (NYSEArca: XRT), the largest dedicated retail exchange traded fund, are rebounding and that could bode well for an extended rally for XRT and rival retail ETFs.

Even as XRT “dipped in early August, on-balance volume held steady. This indicator keeps a running tab of volume trading on up-days minus volume on down-days and it serves as a proxy for supply and demand for shares. Normally, it tracks price action but when it diverges it can yield clues to possible price changes. Money did not flee and that suggests it was a lack of buying rather than worried selling that drove down prices. That’s bullish,” reports Michael Kahn for Barron’s.

There are fundamental factors that should buoy consumer discretionary and retail ETFs. For example, the U.S. has been adding about 200,000 new jobs each month for the past two years, a rapid pace not seen since the boom days of late 1990s, and we are now at an unemployment rate of just 5%.