You are at:Home»Currency-Hedged»A Dollar Dilemma: More Bad News Than Good for the Greenback? 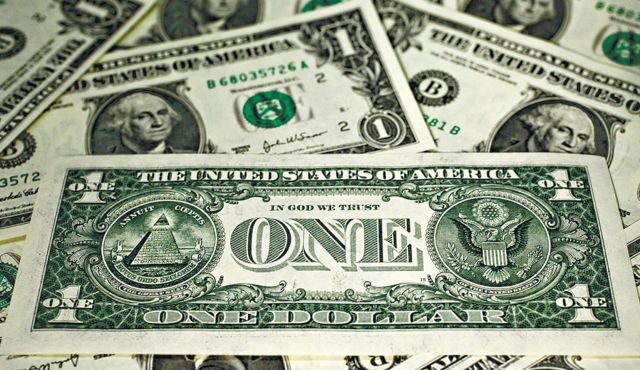 A Dollar Dilemma: More Bad News Than Good for the Greenback?

The PowerShares DB U.S. Dollar Index Bullish Fund (NYSEArca: UUP), which tracks the price movement of the U.S. dollar against a basket of currencies, including the euro, Japanese yen, British pound, Canadian dollar, Swedish krona and Swiss franc, is off 4.3% year-to-date and with the Federal Reserve seen holding off on anymore than two interest rate hikes this year, the news could be more bad than good for the greenback.

Some Fed officials have added to expectations that the central bank could raise rates soon. Chicago Fed President Charles Evans believes that employment and inflation rates could soon hit Fed targets, reports Chelsey Dulaney for the Wall Street Journal. There is also speculation that even if the March jobs report is strong, that will not be enough for the Fed to immediately move forward with boost to borrowing costs, which could keep a lid on the dollar’s upside.

Todd Gordon of TradingAnalysis.com noted to CNBC that in order to find support on the chart one must look back to a double top that formed in 2012 and 2013. “That brings us down to about the $23 region on the ETF,” he said. “That was resistance in 2012, 2013 and until we broke out in 2014, but now it will serve as both support and a target.”

Aggressive traders can profit from dollar declines with the PowerShares DB US Dollar Index Bearish Fund (NYSEArca: UDN), which takes the inverse or short performance of the U.S. dollar against the same basket of six major currencies as UUP. UDN is up 1.8% over the past week and gained nearly twice that much last month.