Junk bond exchange traded funds (ETFs) are having quite a year, collectively gaining about 10% to date. Now things might get even better.

Corporate debt-default rates are expected to fall to the same levels that preceded the financial crisis of September 2008. Mike Spector for The Wall Street Journal reports that the U.S. default rate should fall below 3% by year’s end, which is a remarkable turnaround since the 14.6% default rate hit in November. [Junk Bonds and the ETFs That Hold Them.]

The default rate measures the percentage of companies with “junk” credit ratings that failed to meet debt obligations during a trailing 12-month period. The sudden decline represents the bleeding may have been stemmed, which was originally ignited through the collapse of Lehman Brothers. [Why Junk Bonds Are Anything But.]

Capital markets have solved a lot of the concerns that were out there on corporate defaults, and the latest wave of restructuring is over. A mix of low interest rates and the blip of economic stability that surfaced has helped some ailing companies get the boost they needed to stay in business. [An ETF Solution to the Corporate Cash Problem.] 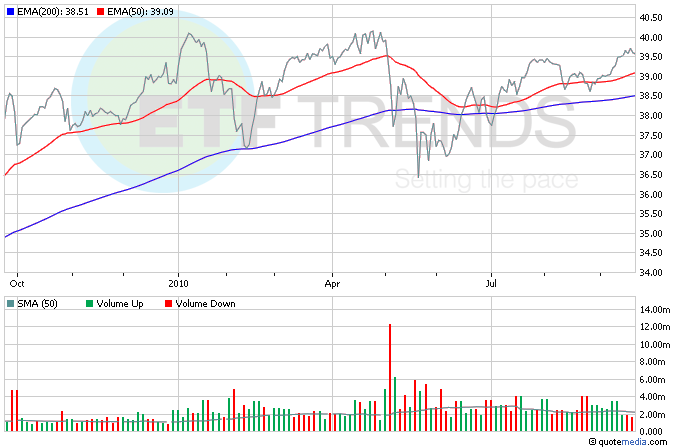